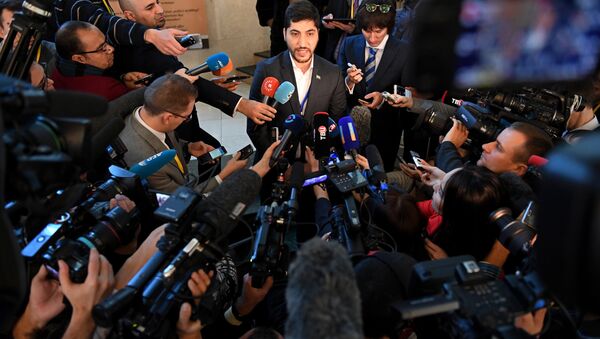 © AFP 2021 / Kirill KUDRYAVTSEV
Subscribe
The representative of the Free Syrian Army's delegation to the Astana talks announced his resignation on Wednesday on personal grounds.

"I gave the commanders [of the FSA] and the head of the military delegation my notice that I cannot continue my job due to personal reasons. Dear journalists, I am sorry, there will be no statements," Abu Zeid wrote on Twitter.

​The third round of the talks in Astana on Syrian reconciliation kicked off on Tuesday and was expected to finish on Wednesday. Earlier in the day, however, the Kazakh Foreign Ministry's Asia and Africa Department Director General Aidarbek Tumatov told Sputnik that the talks were being extended for one day in the anticipation of arrival of Syrian armed opposition representatives. Their delegation includes seven representatives of the Northern and Southern fronts.