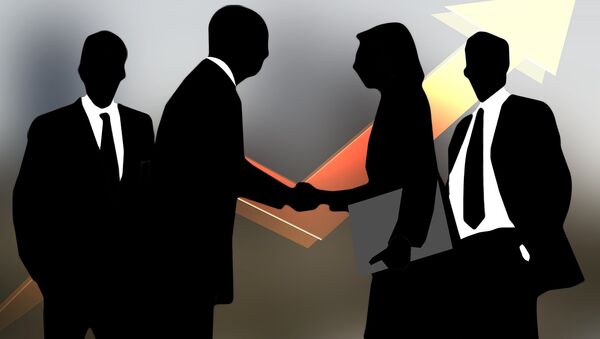 © Photo : Pixabay
Subscribe
The European Ombudsman, Emily O'Reilly, has opened an inquiry into whether the Council of the EU allows sufficient public scrutiny of the evolving discussions on draft EU laws, following allegations that many meetings are held behind closed doors with no information about them made public.

The decision to launch an investigation follows the legal opinion by the Dutch parliamentary attorney's office arguing that the decision to mark many meetings documents as "limite" (limited circulation) goes against EU law.

The Ombudsman has put 14 questions to the Council on how legislative documents arising from meetings of member state ambassadors and deputy ambassadors, plus the over 150 committees and working parties of national civil servants are handled in accordance with EU transparency standards.

How do draft EU laws evolve through the various meetings @EUCouncil before being agreed by government ministers? https://t.co/h9qSZTspQ1

​The questions include when and how the positions of individual member states on draft laws are recorded and how the Council has dealt with a 2013 European Court of Justice ruling on the Council's access to documents policy.

"The Council is a co-legislator with the European Parliament, working to improve the lives of over 500 million Europeans. The aim of this inquiry is to shed light on how draft EU laws evolve as they progress through the various meetings of national civil servants and ambassadors in the Council before finally being agreed by government ministers," said Ms. O'Reilly.

"There appear to be different practices in preparatory meetings in relation to the documenting of outcomes or compromise proposals, and when these documents are published. While there must be scope for flexibility, such documents are nonetheless the only way the public can follow the process and see the changes made to draft EU laws in the Council.

"In the current political climate, it is vital to ensure clarity for EU citizens on the shaping of EU laws. This would help to clear up some popular misunderstandings about who exactly develops and agrees new laws, and separate out in the public mind the responsibility of 'Brussels' from the responsibility of the Member States. This would also help the Council to further its clear commitment to transparency," said Ms. O'Reilly.

It is not the first time the Ombudsman has called an inquiry into the secretive nature of EU meetings. In 2016, she published a report into the so-called "trilogues" between the Council, the Commission and the Parliament, at which decisions are taken, but the content, the membership and even the dates of them are kept secret.

"Trilogues are an important tool for reaching agreement between the democratically elected legislators of the Parliament and the Council alongside the Commission. They are efficient, allowing 85% of laws to be agreed at an early stage," Ms. O'Reilly said.

"However, it is difficult to find out when trilogues are taking place, what is being discussed and by whom without a great deal of time and effort. My inquiry concerns the right balance between the public interest in transparency and the public interest in an effective and efficient legislative process," she said.