Turkish FM Cavusoglu: EU Falling Apart, Future of Europe Not Pleasant at All 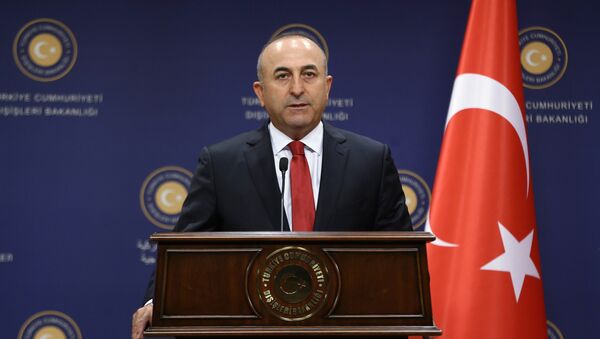 The European Union is falling apart, Turkish Foreign Minister Mevlut Cavusoglu said on Tuesday amid the deterioration of relations with the bloc over a row over Turkish rallies in the Netherlands and Germany ahead of the coming referendum on constitutional changes.

MOSCOW (Sputnik) — Cavusoglu accused the European Union of resorting to double standards in relations with Turkey.

"Do you know why? It is due to fear… The European Union is falling apart," the foreign minister said, as quoted by the Anadolu news agency.

Cavusoglu pointed out that the European countries were united around certain values, which were now "disappearing one-by-one."

"We think the future of Europe will not be pleasant at all," he added.

Turkey Considering Economic Sanctions Against Netherlands Amid Tensions
Turkish-EU relations are experiencing a noticeable slump amid the Netherlands' refusal to let Turkish officials organize demonstrations supporting the constitutional amendments that will be subject to the referendum scheduled for April 16 and, if endorsed, will give more powers to country’s President Recep Tayyip Erdogan.