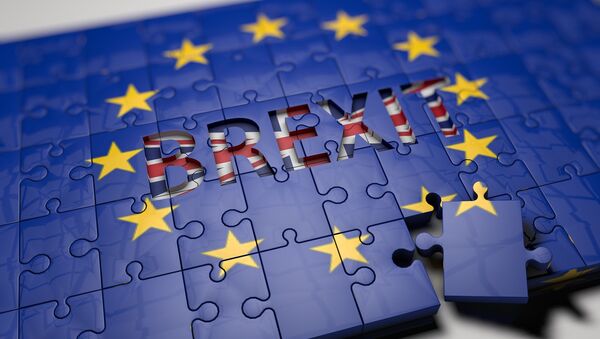 CC0 / /
Subscribe
International
India
Africa
UK lawmakers have signed off on legislation that will allow the UK to formally exit the European Union.

The House of Lords has passed legislation without amendments that it had previously added to the law. The lower house, the House of Commons, had erased the changes made by legislators in the House of Lords. The peers have caved in to House of Commons pressure, which on Monday voted against amendments to guarantee the rights of millions of EU citizens living in the country after Brexit as well as giving Parliament veto powers over a final Brexit deal.

A spokesman for Prime Minister Theresa May said the PM would prefer the bill to be passed unamended. "We've also been clear throughout that we are determined parliament will be engaged all the way through the process and afterwards," a spokesman said on Monday.

It has been 262 days since Britain shocked the world by voting to exit the EU. On June 23, 2016 about 52 percent of UK voters cast ballots to for the island nation to leave the EU. The full terms of the UK's exit have yet to be negotiated, but much hinges at stake. Particularly, UK citizens and outside observers wonder whether Britain will keep some economic ties with the EU in the form of tariff-free trade, or whether the UK will trade with the EU like any non-EU country under rules stipulated by the World Trade Organization. Another issue is how migrants entering and leaving the UK will be treated.

The EU has said that it will respond to Britain's formal notice to leave within 48 hours, Sputnik reported.

The next step for the legislation is royal assent, which could happen as soon as Tuesday morning. From there, Prime Minister Theresa May is free to trigger the UK's divorce from one of the world's largest economic unions. The final break could happen in the final week of March, which her spokesman confirmed.

From there, May would begin a two-year negotiation period, as stipulated in Article 50 of the EU's Lisbon Treaty. One hurdle that has been placed in May's path comes from Scottish First Minister Nicola Sturgeon, who is calling for another independence referendum in 2018 or early 2019 depending on how the terms of Brexit play out.