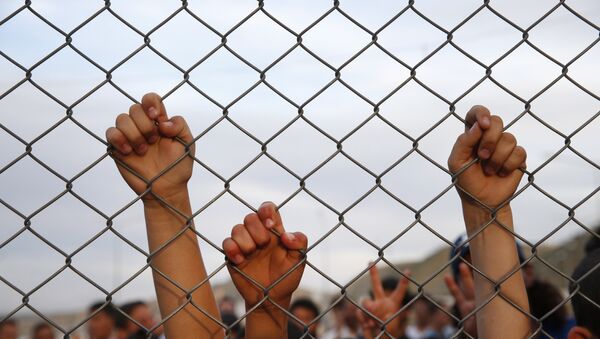 The Turkish minister for EU Affairs proposed to reconsider the Turkish-EU refugee deal amid the ongoing deterioration of relations with the bloc.

Germany Must Annul Refugee Deal With Turkey After Erdogan's Remarks – Lawmaker
MOSCOW (Sputnik) — Turkish Minister for EU Affairs Omer Celik called on Monday for the reconsideration of the Turkish-EU refugee deal amid the ongoing deterioration of relations with the bloc.

"Turkey should reevaluate the issue of land crossings [of the refugee deal with the European Union]," Celik said, as quoted by the Anadolu news agency.

In March 2016, Brussels and Ankara reached an agreement, under which Turkey pledged to take back all undocumented migrants arriving in the bloc through Turkey in exchange for relocating Syrian refugees stationed in Turkey on a one-for-one basis. Since then, the pace of the deal's implementation has been repeatedly criticized by the officials in both Turkey and the 28-nation bloc.

Turkish-EU relations are experiencing a noticeable slump amid several European countries’ refusal to let Turkish officials organize demonstrations supporting the constitutional amendments that will be subject to the referendum scheduled for April 16 and, if adopted, will give more powers to country’s President Recep Tayyip Erdogan.