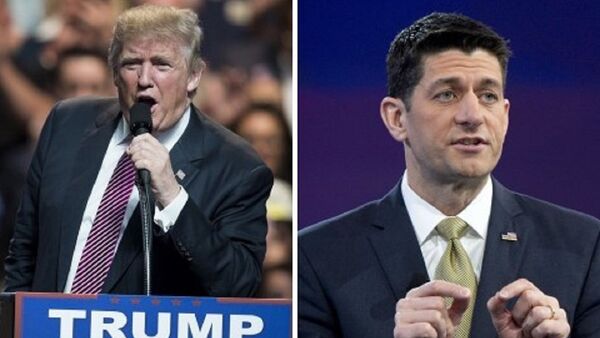 A highly-anticipated report from the Congressional Budget Office, an office paid for by congress to produce independent and nonpartisan policy analysis, projects that “14 million more people would be uninsured under the legislation than under current law.”

A Republican-sponsored US healthcare replacement bill, titled the American Health Care Act, effectively wipes away about two-thirds of the gains of the Obama administration's Affordable Care Act, in the number of people who have health insurance, according to the analysis. President Barack Obama’s administration often pointed to the uninsured rate of Americans hitting an all-time low as a factor contributing to the success of the Affordable Care Act. If Speaker Paul Ryan’s budget reconciliation bill passes through Congress and receives the signature of President Donald Trump, the size of the uninsured population will balloon from 27.3 million to 52 million, per the report.

Over the weekend, the GOP was out in full force to round up support for its replacement plan. Ryan, Health and Human Services Secretary Tom Price, economic advisor Gary Cohn, and budget director Mick Mulvaney all gave interviews defending the new bill on Sunday and Monday. The most common line has been that ‘Obamacare is collapsing,’ and Paul Ryan went so far as to remark that without the Republican replacement bill, "we would see a further collapse of the health insurance markets."

A cursory glance at the financial performance of the biggest health insurers, such as UnitedHealth Group and Anthem, shows that the publicly-traded companies have made spectacular gains in the stock market in recent years.

​​But instead, according to the GOP, the Republican healthcare replacement bill will be a law “that works, that has more freedom.” It is difficult to see how stripping 14 million American citizens of their health care will produce more freedom.

The 14 million that would lose health care is a calculation that refers strictly to next year, health experts said. Over the course of 10 years, approximately 24 million more people would lose coverage under the GOP-sponsored bill than the Obama-era Affordable Care Act. "In 2018 and 2019," the CBO reports, "average premiums for single policyholders in the nongroup market would be 15 to 20 percent higher than under current law, mainly because the individual mandate penalties would be eliminated."