Donald Trump Inspired Back to the Future's Main Villain Character 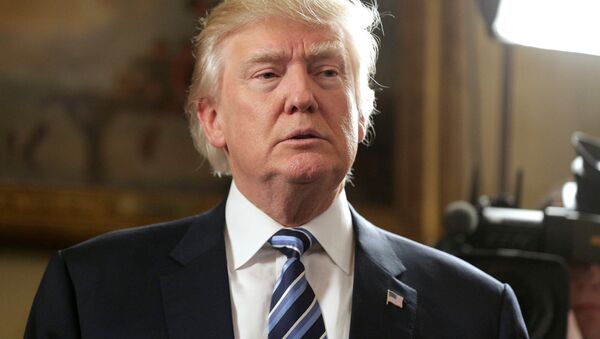 © REUTERS / Joshua Roberts
Subscribe
International
India
Africa
It turns out that US President Donald Trump was a prototype for Biff Tannen, the main antagonist of the popular TV trilogy.

Russian Artist Carves Tiny Yet Detailed "Pencil Portrait" of Donald Trump
The creators of the movie confessed they "wrote off" the fictional character of the cult trilogy "Back to the Future" from Donald Trump.

The confession was made by the movie's author Bob Gale in an interview with the Daily Beast back in 2015, before Trump made any attempts to be involved in big politics.

Recently, when Trump's presidency has been actively debated by all major media, the newspaper posted in its Twitter the link to the publication.

‘Back to the Future’ writer: Biff Tannen is based on Donald Trump
https://t.co/HKEsU2zJl9 pic.twitter.com/yfgbnv4IQb

​In the second part of the trilogy, 17-year-old high school student Marty McFly and scientist Doc Brown travel to the future where Trump's fictional prototype, bad guy Biff Tannen becomes very rich and takes over the city where Marty was born.

Eventually, McFlay and his friend Doc Brown manage to prevent Tannen from coming to power, the Daily Beast noted.

Well, we can only guess what the movie's creators think about their villain's prototype having been elected US President in late 2016.