White House Not Ruling Out Cooperation With Russia Against Daesh - Spokesman 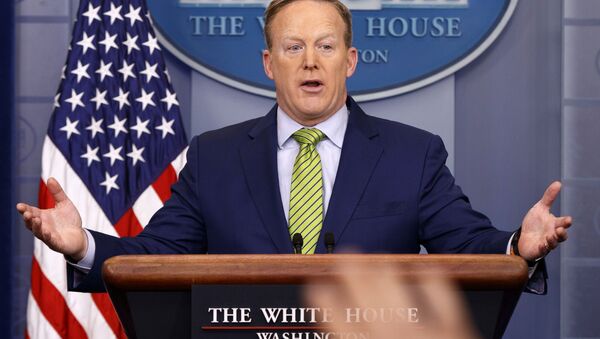 According to the White House press secretary, Donald Trump's administration does not exclude from consideration cooperating with Moscow in combating Daesh in Syria.

US Makes No Decision Yet on Deploying More Troops to Kuwait to Defeat Daesh
WASHINGTON (Sputnik) — The administration of President Donald Trump does not exclude from consideration cooperating with Moscow in combating Daesh in Syria, White House Press Secretary Sean Spicer told reporters on Monday.

"The plan [to destroy Daesh] continues to evolve. I am not going to start to rule out one country," Spicer said when asked whether cooperation with Russia in combatting the terror group is off the table.

Spiced also said Trump has been "very clear in the past, if the country shares our commitment to defeating ISIS [Daesh] and we can work with them in an area of shared, mutual concern, then we will do so."

Earlier on Monday, US media reported Trump's national security team was no longer considering any further collaboration with Russia against Daesh in Syria, citing former officials and current advisers familiar with the Defense Department plan.

The plan will be funded under the Trump administration's budget that increases US military spending by $54 billion, according to the White House.