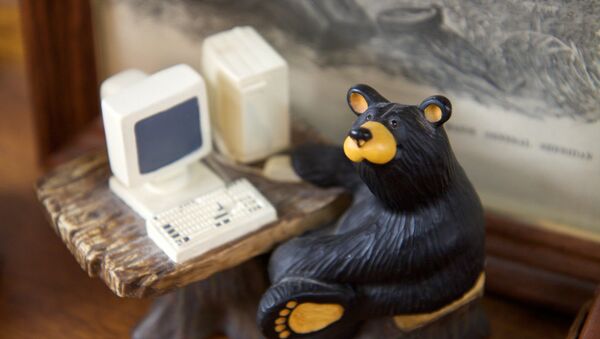 US Diplomats Believe 'Wrong to Criminalize' Russian Ambassador's Meetings
WASHINGTON, (Sputnik) — Earlier in March, Senator Richard Blumenthal said that appointing a special prosecutor for the probe into alleged Russian interference in the US election and ties to the President Donald Trump campaign was critical for the integrity of the Justice Department.

According to a recent CNN/ORC poll, 65 percent of the respondents (82 percent of Democrats and 43 percent of Republicans) support the idea of appointing a special prosecutor to investigate these issues.

"Yes, we do worry… If you load the public opinion with a huge burden of fake news, of these fake blamings on Russia, if you repeat every day numerous times that Russia is guilty of everything, Russia is interfering, Russia is trying to hack everything in our country and everything that goes wrong in our country is because of Russia, if you repeat it… than you will have more than 65 percent. So, we consider it a real danger for the future of our bilateral relationship. We sincerely want to see this hysteria coming to its logic end," Peskov said.

'Golden Showers,' WikiLeaks, Hacking - Congress Embraces Conspiracy Theories
Peskov also refuted any allegations about so-called Russia's involvement in US election process and said that Russia did not cooperate with Trump's staff during the election campaign.

Iin a recent report on alleged Russian meddling in November's US presidential election, US intelligence agencies claimed "with high confidence" that Russia's Main Intelligence Directorate (GRU) used Guccifer 2.0 hacker, as well as the DCLeaks.com website, to hack computers belonging to both major US political parties and release the obtained information in an effort to covertly influence the election and help Donald Trump win.

Russian government officials have repeatedly denied accusations of interfering in the US election, including charges of hacking DNC systems.

000000
Popular comments
Judging from their comments in conservative news media, many conservative voters in the US have pretty much woken up to the fact that Russia has been slandered, libelled, defamed, denigrated and viciously used as a scapegoat and red herring by Obama's gangsters via the army of Democrat shills running their reality-distortion apparatus - aka MSM.