'The Martian' Was Right: Potatoes Can Grow on Mars! (PHOTO, VIDEO) 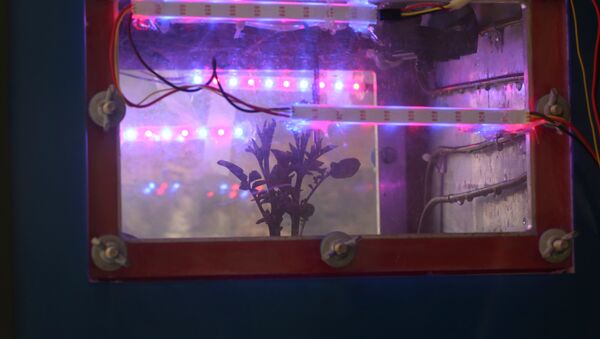 NASA and the International Potato Center (CIP) have launched a series of experiments to discover if potatoes can grow on Mars. Sputnik discussed the issue with Dr. Julio Valdivia-Silva, a Peruvian scientist involved in the project.

Humans May Quickly Evolve on Mars, Biologist Claims
Dr. Valdivia-Silva said that the Potatoes on Mars project was conceived almost a year ago by the International Potato Center.

“Alarmed by the shrinking of arable land, CIP was looking for ways to grow vegetables or any other edible plants in extreme desert conditions,” he said in an exclusive interview with Sputnik Mundo.

When asked why, of all other vegetables, they had opted for potatoes, Dr. Valdivia-Silva said that it was the spuds’ great genetic capacity for adaptation to extreme environments.

“During WWII potato was often the only food available to people. We know about some people surviving a whole year subsisting on potatoes only.”

When asked why they want to grow potatoes on Mars, as oposed to any other planet, Julio Valdivia-Silva said that 4.5 billion years ago conditions on Mars were similar to those on Earth.

“There were oceans of liquid water, lakes and small rivers water there and they recently found traces of organic life there. This means that we have everything necessary to grow potato on the Red Planet,” he said.

The liquid water found on Mars is very salty, but it could be desalinated. There are also thick layers of ice found under the Martian surface.

“All this makes the planet an ideal place to look for traces of organic life. It also gives us a chance to set up a human colony on Mars,” Dr. Valdivia-Silva said.

In 2016, CIP brought about 300 kilograms of Martian soil simulant from the Pampas de La Joya desert in Southern Peru to its experimental station in La Molina, Lima. 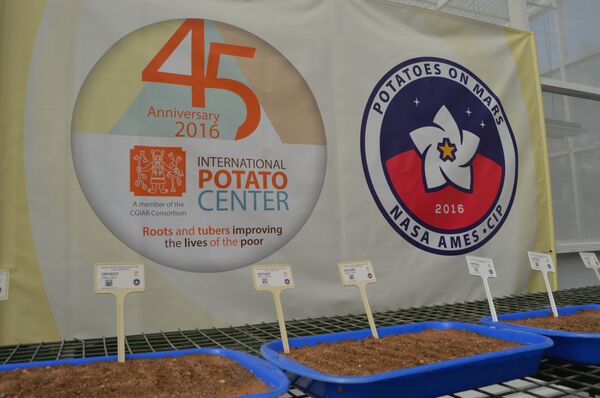 There CIP was able to show proof that potatoes could grow in this dry, salty soil with some help from fertilized Earth soil for both nutrition and structure.

“Much to our surprise, despite the soil’s high salinity, two of the 75 potato breeds we had brought in were able to produce tubers in this soil. It was inspiring news to all of us,” Dr. Valdivia-Silva said. 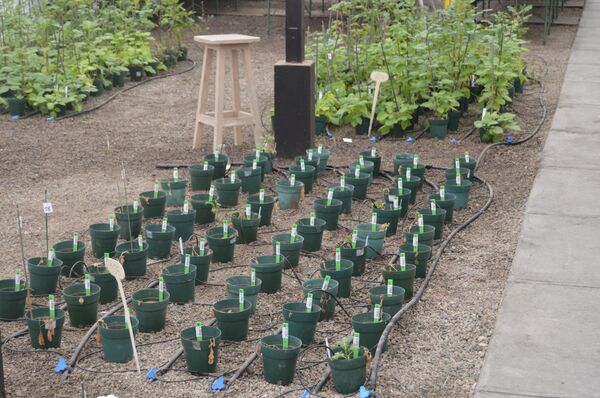 Despite the soil’s high salinity, two of the 75 potato breeds were able to produce tubers
© Flickr / Courtesy of International Potato Center (CIP)

He added that the only factor they were unable to imitate is Martian gravity which is just one-third of what we have on Earth.

“We still have interesting data about growing plants on the International Space Station, which shows that gravity has little effect on their growth,” he noted.

Dr. Valdivia-Silva added that, together with his colleagues from NASA and world-renowned astrobiologist Chris McKay, he built a rocket-launchable box called CubeSat. The CubeSat is rigged with pumps, water hoses, LED lights, and instruments to emulate Mars-like temperatures, night-and-day light cycles, gases, and air pressure.

"We will do several rounds of experiments to find out which potato varieties do best," Valdivia-Silva said. "We want to know what the minimum conditions are that a potato needs to survive."

When asked when exactly people will be able to grow potatoes on the Red Planet, he said that as soon as they get initial results, they would be able to speed up the whole process.

“It is five or six years, maximum eight, we are talking about. We are very enthusiastic about this and hope that with technology developing all the time, things will go much faster.”

Whatever their implications for Mars missions, the experiments have already provided good news about potato's potential for helping people survive in extreme environments down on Earth.