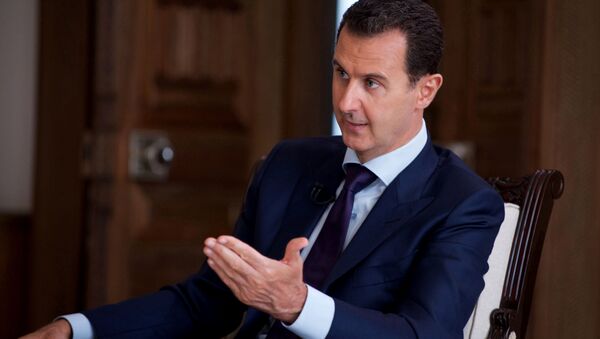 European Commission Praises EU-US Cooperation on Counter-Terrorism Efforts
DAMASCUS (Sputnik) — During a meeting with the European Parliament’s (EP) delegation, headed by Javier Couso, the deputy chairman of the EP Foreign Affairs Committee, Assad stressed that wrong policies, including support of extremism and terrorism and  economic sanctions, have led to the spread of terrorism and a massive refugee influx to the European countries, according to the SANA news agency.

The Syrian president also noted the scale of disinformation conducted by some Western media outlets during the years of conflict in Syria, the news agency reported.

EP delegation members, in turn, confirmed their intention to work towards restoring diplomatic relations with the Syrian government and lifting the sanctions imposed on Syria, according to the agency.

Syria has been engulfed in a war for about six years with government forces fighting a number of opposition groups and terror organizations such as Jabhat Fatah al Sham and Daesh.