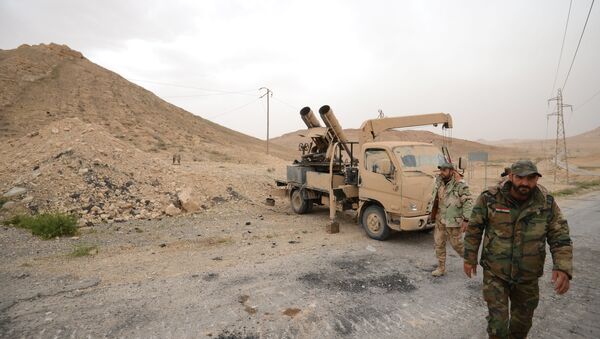 The Syrian Army will liberate Raqqa and Deir ez-Zor from Daesh terrorists within several months provided that there is no interference of foreign actors, President Bashar Assad said.

MOSCOW (Sputnik) — The liberation of the Syrian city of Raqqa, the so-called capital of the Daesh jihadist group (IS, ISIS, ISIL), as well as other cities is now a top priority for Syrian government forces, Syria's President Bashar Assad said Saturday.

"We are very close to Raqqa now. Yesterday, our troops reached the Euphrates River which is very close to Raqqa city, and Raqqa is the stronghold of ISIS today, so it’s going to be a priority for us, but that doesn’t mean the other cities are not priority," Assad was quoted as saying by the SANA news agency.

Assad added that the liberation of Raqqa and Deir ez-Zor cities from terrorists could take several months.

"If we presume that you don’t have foreign intervention, it will take a few months," Assad said, answering the question on how many days the war was going to last.

The Syrian Army is not the only side seeking to liberate Raqqa.