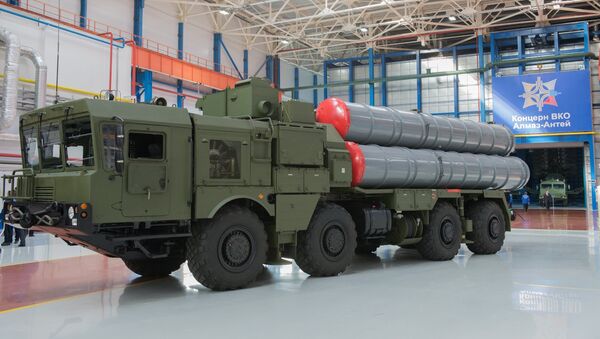 Russia had suspended the arms deal in 2010 following UN Security Council Resolution 1929, which banned the sale of weapons to Iran.

Iran responded by developing a similar missile defense system and filing a complaint against Russia with the International Court of Arbitration in Geneva. 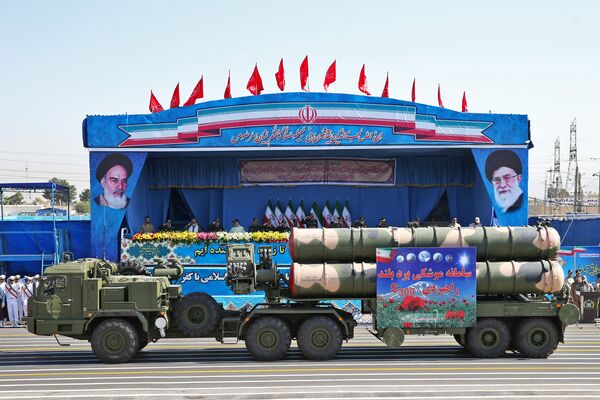 In front of the portraits of supreme leader Ayatollah Ali Khamenei, right, and late revolutionary founder Ayatollah Khomeini, left, a long-range, S-300 missile system is displayed by Iran's army during a military parade marking the 36th anniversary of Iraq's 1980 invasion of Iran, in front of the shrine of late revolutionary founder Ayatollah Khomeini, just outside Tehran, Iran, Wednesday, Sept. 21, 2016
© AP Photo / Ebrahim Noroozi
In April 2015, during successful negotiations between Tehran and the 6+1 groups of countries regarding Iran's nuclear program, Russian President Vladimir Putin removed the embargo and Tehran withdrew the case from arbitration last year after Russia made the first delivery of the units.

On Saturday, Iran released a video showing the successful test of its S-300 system.

Nevertheless, Tehran has continued with the production of its own missile defense system, the Bavar (Belief) 373, which has similar characteristics to Russia's S-300 system.

Chief editor of Iran Press Emad Abshenass told Sputnik that Iran's development of the Bavar 373 does not preclude a desire to obtain more anti-missile systems from Russia since Tehran is keen to develop varied and modern defense capabilities.

"Iran is interested in receiving next-generation systems from Russia, since it is very important for our country's armed forces to modify and strengthen its air defense network with the latest developments in technology."

At the Ready: Iran Testing Ballistic Missiles 'To Counter Growing Threats'
Abshenass said that Iran wants to develop its own air defense systems in collaboration with Russia, including the purchase of more anti-missile systems and fighter aircraft.

"There is currently media information circulating that Iran, in cooperation with Russia, is conducting or is planning to conduct the modernization of its air defense in the near future, beginning with [adding]modern fighter jets to new Russian missile defense systems and S-400 air defense systems," Abshenass said.

"Even if Iran is now building something of its own that is more modern than the Russian systems supplied earlier, that doesn't mean that Iran won't buy Russian military systems. On the contrary, it retains an interest in using Russian arms."

"Moreover, military and technological cooperation between Iran and Russia is gaining momentum. Now Iran and Russia are actively negotiating for the joint assembly and production of some models of Russian weapons in Iran. These might be modern models of tanks and combat aircraft," Abshenass said.