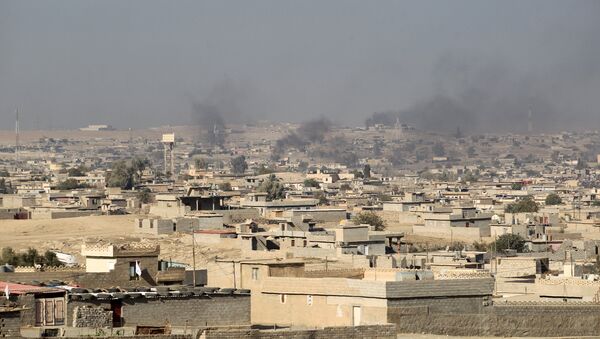 © AFP 2023 / AHMAD AL-RUBAYE
Subscribe
International
India
Africa
Iraq’s Ambassador to the United Nations Ali Al Hakim said that Iraq did not have any evidence that Daesh terrorists used chemical weapons in the city of Mosul.

Iraqi Forces Liberate Amle District in West Mosul From Daesh
UNITED NATIONS (Sputnik) — Iraq does not have any evidence that Daesh terrorists used chemical weapons in the city of Mosul, Iraq’s Ambassador to the United Nations Ali Al Hakim told reporters on Friday.

"I’ve talked to the capital at 12 today, there is really no evidence that Daesh has used chemical weapons," Al Hakim said.

He said the government was in communication with the Organization for the Prohibition of Chemical Weapons (OPCW), which had offered its assistance.

On March 3, media reported that chemical weapons had been used during a fight between the Islamic State militants and Iraqi troops in East Mosul.

Following the reports, the International Committee of the Red Cross (ICRC) and the World Health Organization (WHO) said 12 patients were referred to hospital showing symptoms consistent with exposure to a toxic chemical agent. The number has since risen to 15.