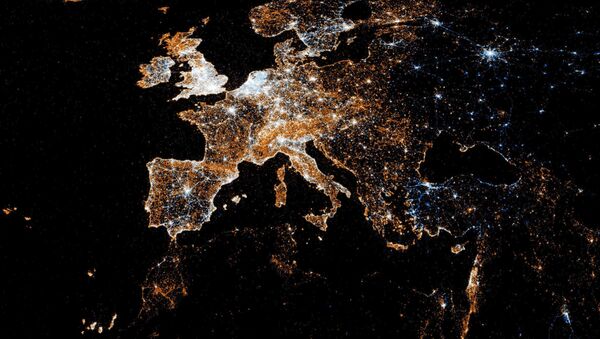 In two weeks, European leaders will meet in Rome to mark the 60th anniversary of the Treaties of Rome, the founding documents of the EU's predecessor, the EEC. According to Europe expert Dmitri Dobrov, the jubilee meeting may begin processes that ultimately return the EU to its old EEC borders, leaving its Eastern European members out in the cold.

EU politics watchers have already indicated that the Rome summit, set to take place March 25, is set to have important political implications, and touch on a number of important issues. European Commission President Jean-Claude Juncker is set to present for discussion a White Paper, which some believe could propose some sort of 'reset' of the supranational union, taking into account Brexit, the Greece crisis and the migration problem now posing major threats to unity. The document is also expected to define measures to stimulate the European economy, fight terrorism and deepen European integration.

In his own an analysis on the subject, veteran journalist and RIA Novosti contributor Dmitri Dobrov emphasized that the importance of this White Paper, and the deeper crisis facing the EU, cannot not be underestimated.

Verhofstadt Threatens Parliament Veto Over Brexit Deal
One of the expected proposals of the White Paper is to create a so-called 'two-speed' Europe, the journalist noted. "This essentially amounts to a declaration that a number of countries in Eastern and Southern Europe are no longer on the same road of integration as its old members. The project was too ambitious, its expansion ill-conceived, and did not bring the desired results."

"Now, in a crisis situation, Brussels sees a need to strengthen this 'hard core' of the EU – first and foremost the group of six countries that formed the European Economic Community, the forerunner to the EU, in 1957." 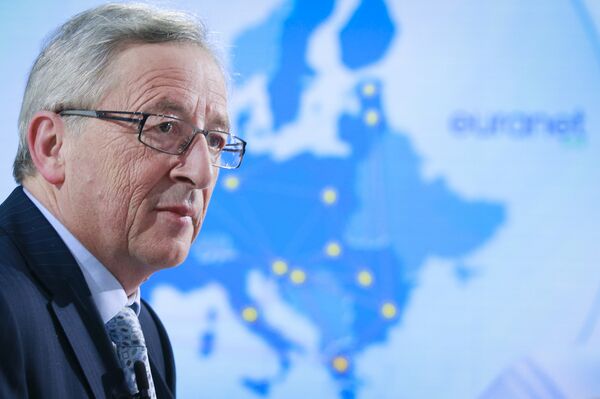 "In other words," Dobrov suggested, "the Romano-German locomotive of the EU will move forward and, if necessary, leave the 'uncivilized' periphery behind. This idea was first affirmed at the last mini-summit in Versailles, attended by the leaders of Germany, France, Italy and Spain – i.e. those countries considered to be the civilizational heirs of the Western Roman Empire'."

EU-Poland Rift Deepens After Tusk Presidency Challenge Collapses
"The idea of a 'two speed' Europe was put forward a long time ago," the observer recalled, "but has not been discussed with any seriousness until recently. However, with dramatic changes to the situation in Europe and the world in recent months, the EU has come up against several challenges at once. Among them are Brexit and the inrush of migrants, defiant behavior by Poland and Hungary on a number of fundamental issues, the financial crisis in Greece, and Donald Trump's election victory in the US and the [subsequent] weakening of the transatlantic partnership."

"But the main problem lies with the structure of the EU itself, Dobrov suggested. "It has become clear that some fundamental mistake was hidden in its initial design. It is impossible to advance the process of European integration in such a diverse community, where countries face absolutely incomparable levels of economic, cultural and political development. What can Bulgaria and the Netherlands have in common?" Other issues, including geopolitics, are significant as well, the journalist added. "Poland does not attempt to hide its imperial ambitions – something that is incompatible with Franco-German domination" of the EU.

Recently, Dobrov noted, Belgian Prime Minister Charles Michel "outlined very clearly the essence of the present moment: the European project is in jeopardy. For the past ten years, the EU has been in a state of permanent crisis. The European idea, which seemed unshakable to post-war generations, has lost its appeal, and is under attack by populists and nationalists alike."

Accordingly, the journalist indicated, Europe's driving forces have found it necessary "to form a 'hard core' within the EU which would become the engine of growth and reforms. This core, is, naturally, the developed countries of 'old Europe'. Charles Michel highlighted two priorities for this hard core: first – to kick start economic growth in the leading EU economies, and secondly, to ensure internal security by establishing control over borders. According to French analyst Eric Le Boucher, Europe remains an economic giant with huge growth potential, but its development is hindered by 'weak links' – those countries whose crippling debt hangs like dumbbells on the entire union. Therefore, the logic goes, it is necessary to pursue integration in this 'narrow format'."

EU Commission Expects Le Pen to Lose in French Election, Has No 'Plan B'
Under the two-speed plan, an EU-level minister of finance is expected to be appointed and tasked with ensuring genuine economic and social integration. "Italy," Dobrov indicated, "is insisting on starting concrete negotiations already at the upcoming Rome summit. The hard core does not include the countries of Eastern Europe, Greece, Portugal, and Malta."

"In the face of this threat, the poor countries of Eastern and Southern Europe are understandably sharply opposed to this 'two speed' project, since they do not intend to lose their subsidies from EU development funds."

The EU's new members, accordingly, "have accused the powerhouses of the EU of treating them like a metropolis treats its colonies. In addition, with the withdrawal of the UK from the EU, countries like Poland lose their main patron and arbiter. According to these 'Young Europeans', the era of Germany unilaterally setting down its own rules is approaching." 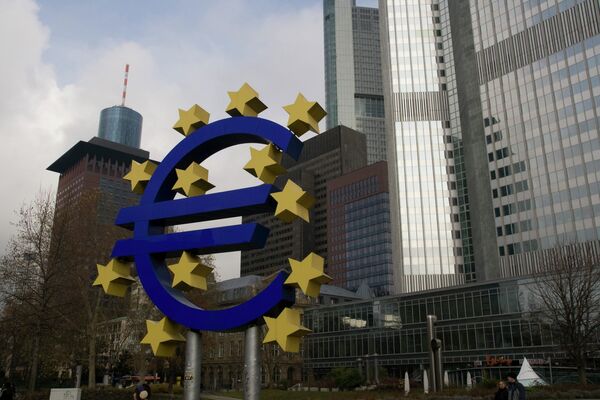 World
German Left Challenges Merkel's Chancellorship: Possible Consequences for Russia
German Chancellor Merkel, Dobrov recalled, has already agreed with Juncker's two-speed Europe, following some hesitation. "At the same time, Germany remains firmly opposed to the idea of Eurobonds – which would factually constitute the socialization of EU debt. If the Franco-Italian initiative on that front comes to fruition, the German taxpayer will be forced to pay for the debts of its French and Italian neighbors."

Meanwhile, the analyst noted, Brussels has already begun to reduce aid to Eastern Europe. "Until now, subsidies from EU structural funds accounted for about 20% of the Baltic countries' GDP. With the departure of the UK, which contributed a cool 8.5 billion pounds a year, the amount of assistance will face further reductions. In any case, the program of structural support for the new EU members will be completed by 2020." What happens after that is anyone's guess, Dobrov noted.

The ultimate problem, Dobrov noted, is that "the huge financial injections into Greece and Eastern Europe have not brought any results; there has been no equalization of development. Moreover, social problems were added to the EU's economic woes: millions of guest workers and 'welfare tourists' poured into the developed countries [of Western Europe], support for whom fell on the shoulders of taxpayers."

"As far as politics are concerned, the 'Young Europeans' are completely out of control and refuse to listen to their 'older colleagues'." This includes the never-ending conflict between Brussels, Poland and Hungary, with the two countries consistently challenging the EU bureaucracy on issues of fundamental importance, like refugee quotas and principles of democratic governance.

Accordingly, Dobrov indicated that the ultimate outcome of the series of ongoing and brewing crises may very well be the deepening integration of the EU's core, Western European members, at the expense of Eastern Europe, whose future fate in the supranational union is becoming increasingly uncertain.