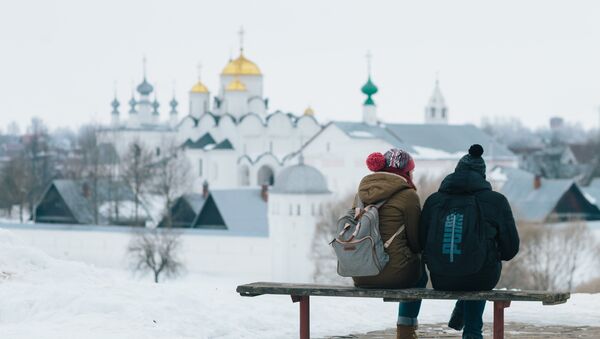 Nearly 150,000 Russian nationals returned to live in Russia in 2016, according to statistics obtained by the Izvestia newspaper from the Ministry of Internal Affairs, the agency charged with monitoring migration trends. About 30,000 of them came from EU countries, marking a rising trend.

According to the newspaper, the figures are a sign of the effectiveness of a recently created government program which is aimed at encouraging Russians living abroad to come back home. About a fifth of the Russian nationals who came back did so from European Union member countries, including the Czech Republic, France and Germany.

Almost Half of Russians Feel Unaffected by Western Sanctions
Speaking to Izvestia, people who returned said that a variety of factors drove them to make the decision. Key for many of them was the constant psychological pressure of anti-Russian sentiment in many EU nations, which rose dramatically three years ago as a result of the crisis in Ukraine. Many European governments and their media have accused Russia of being an aggressor, and of posing a threat to the West and to the whole world, ever since.

Natalia, a Russian who lived in the Czech Republic for nearly two decades before deciding to return, told Izvestia that an 'unbearable' level of Russophobia was the main factor driving her decision. "The situation has become really unbearable lately," she said. "The level of Russophobia has reached a level where in Prague you see cars with anti-Russian signs, and on the street you might get a rebuke if you speak in Russian."

"It was this groundless hatred for Russia which became the main motivation for me to return home after over 19 years living in the Czech Republic," Natalia said. Before returning, she worked as the director an art gallery in Prague.

Gallup Finds Two Thirds of Russians, Plurality of Ukrainians See NATO as Threat
The trend for returning has become obvious, said Yan, a Russian who has lived in Paris for over 20 years. "I personally know over 20 people who are planning to move to Russia," he said.

Yan also said that intense state and media propaganda was a major factor that pushed him into making his decision. "The information in most media is distorted from the beginning to keep Europeans afraid of Russia. When you belong to a group that's under constant pressure, you become even more anxious to defend your nation or country. A patriotic mood swells within you. In the end, you become tired of constantly justifying [your country] and decide to go back to where your home really is," he said.

Many educated professionals said that problems in finding jobs which match their skillsets due to the language barrier also impacted their decisions to return to Russia. Arriving in Europe, many face the prospect of working in low-paying positions, while losing their skills from lack of use. As is common for immigrants, Russians in Europe also find it difficult to compete with locals for many jobs due to inferior language skills.

Over 80% of Russians Have Positive Attitude Toward President Putin
Ishkhan, who returned to Russia after living in Germany for 12 years, listed the job problem as a key to his decision to return home. "In Germany, I realized that I have much poorer prospects for employment than I do in Russia."

Furthermore, Ishkhan noted that the problem of belonging also influenced him. "Having lived abroad for a long time, I also came to the realization that I probably would never feel myself to be German," he said.

According to Russia's Ministry of Internal Affairs, a total of 146,585 Russian citizens came home from life abroad in 2016. Ultimately, Izvestia wrote that if the political situation in the world doesn't change, and soon, 2017 will see even more Russians returning home.