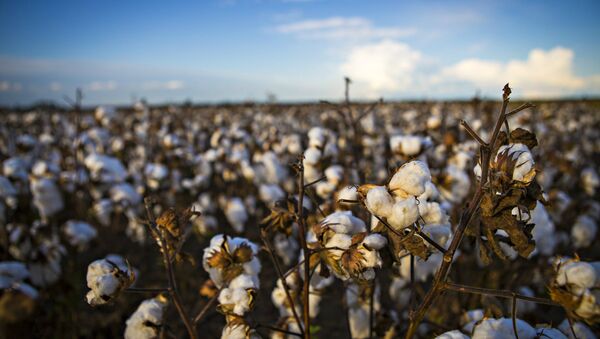 The agreement heralds the end of a partnership between Monsanto and the Inter-professional Cotton Association of Burkina (AICB), a union of Burkina Faso's three-largest cotton companies, as well as with national farmer unions. In 2008, AICB agreed to introduce Monsanto's Bollgard II cotton strain, which is claimed to be genetically modified to resist pests like aphids and mites.

However, in 2016, AICB claimed that Bollgard II reduced the quality of their cotton crop, in particular reducing the length of individual cotton fibers, a key driver of harvest quality. The group demanded 48-billion CFA francs ($76 million) as compensation from Monsanto, and withheld $24 million in royalties from the controversial biotech firm.

AICB ended their contract with Monsanto and abandoned Bollgard II, in favor of a conventional cotton strain. Monsanto disputed the claim that its product shortened fibers, arguing that environmental factors were to blame.

The settlement comes out to about $6 million in royalties for Monsanto and $18 million for the Burkinabe corporations. "In doing this, we think that a bad deal is better than a bad court case," said Yameogo. "We have closed the Monsanto dossier. There is no longer a demand for compensation."

Cotton made up 31 percent of Burkina Faso's exports in 2009, making it the country's second largest export, after gold. The country is Africa's top cotton producer, but remains one of the world's poorest nations, with a GDP (PPP) per capita of $1,727 in 2015.

Monsanto, in the process of a $66-billion merger with German multinational pharmaceutical giant Bayer, is in the process of finalizing a deal to provide genetically-modified cotton seeds to Punjab province, in Pakistan. Although Monsanto lost Burkina Faso, the company continues to sell drought-resistant corn seeds in South Africa, Mozambique, Tanzania, Uganda and Kenya.