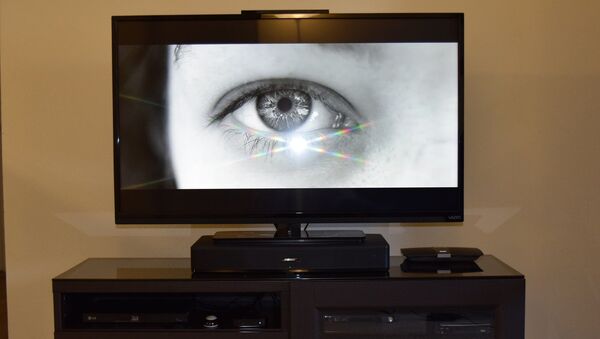 © Flickr / Ryan Finnie
Subscribe
International
India
Africa
On Wednesday, WikiLeaks released a massive trove of documents from the CIA, code-named Vault 7. The leaks reveal that the agency has the capability to hack into virtually all popular computers and mobile devices, so is there any way left to avoid government spying?

FBI, CIA Investigating WikiLeaks Publication of Hacking Documents
The 8,761 documents released by the controversial publisher were said to be obtained from an “isolated, high-security network” at the CIA Center for Cyber Intelligence in Langley, Virginia. Included in the files were details about a shocking CIA program called “Weeping Angel,” which allows Samsung televisions to be used as recording devices even when they appear to be off.

Another detail included in the disclosure is that the agency has the capability to record sounds, images and private text messages sent on smartphones, even if the person is using encrypted apps to avoid hacking and surveillance. So, even if you are using Signal, Telegram, or WhatsApp, the CIA has direct access to your device, and your original pre-encrypted information.

Speaking to Sputnik Radio’s Loud & Clear, founder of the The Rutherford Institute, author and attorney John Whitehead, discussed what this means.

So 'Russian Hackers' Were CIA All Along? Twitter Reacts to WikiLeaks CIA Dump
“What it shows is the CIA has the ability to hack into everything, all your devices, even working with private hackers around the world and in the United States,” Whitehead said. “Everything you’re doing is being watched. I liken it to us human beings now being trapped in a huge bubble, as if it's a dome, and it's looking at us all the time.”

Whitehead explained that who the focus of the spying is on will depend on who is considered an extremist at the time.

“Back in 2009, under the Obama administration, two reports were issued on right-wing extremism and left-wing extremism,” Whitehead said. “When I looked at that I saw right away what it meant, anybody that opposed the government — including a show like this where we’re talking about real issues — puts you on a list as an extremist to be watched and controlled.”

“Your speakers, your television sets — everything is listening to you, folks,” Whitehouse added.

In what would have once been written off as paranoid conspiracy theory, Whitehouse explained that from working with Amazon and Google, to Netflix and your social media platforms, every moment of your life can be captured by the intelligence community.