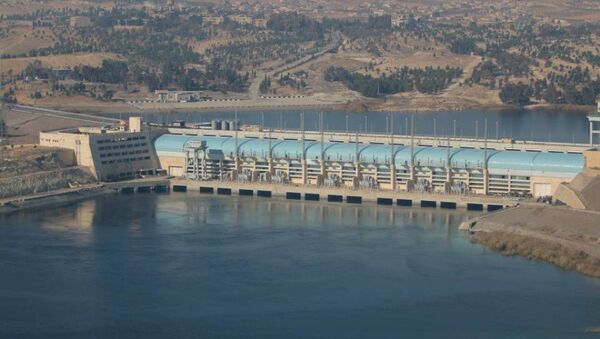 © REUTERS / Rodi Said
Subscribe
Ewwas Eli, a member of the Syrian Kurdish Democratic Union Party (PYD) has confirmed to Sputnik Turkiye that Turkey has cut off water supplies into northern Syria as a means of applying political pressure on the country.

Syrian Kurdish media has recently reported that Turkey has cut off the flow of the Euphrates River into Syria, depriving the nation of one of its primary sources of water.

According to the Kurdish Hawar News Agency, Turkey cut water supplies to Syria around February 23, which subsequently forced a hydroelectric plant at the Tishrin Dam to shut down while also significantly reducing water levels on its associated reservoir. 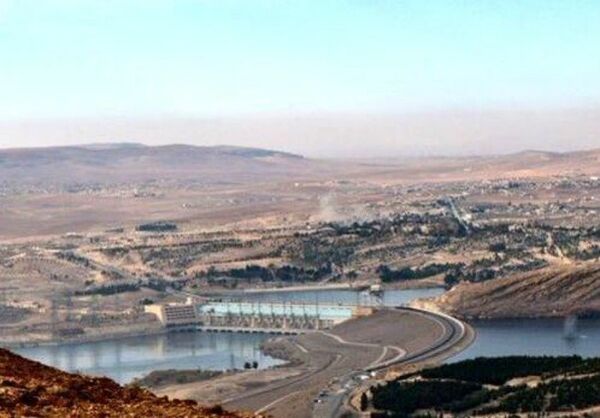 The dam supplies both water and power to key parts of northern Syria, such as the city of Manbij and other parts of the predominantly Kurdish Kobani Canton.

The dam is one of several major dams along the Euphrates River. Downstream from Tishrin lies the Tabqa Dam and its reservoir Lake Assad, which supplies Aleppo with most of its power and drinking water, as well as irrigation water for over 640,000 hectares (2,500 square miles) of farmland.

The management of the Tishrin Dam has issued a written statement where it informed of blackouts in Kobani, Manbij and a number of other settlements due to the reduction of water levels in the reservoir. 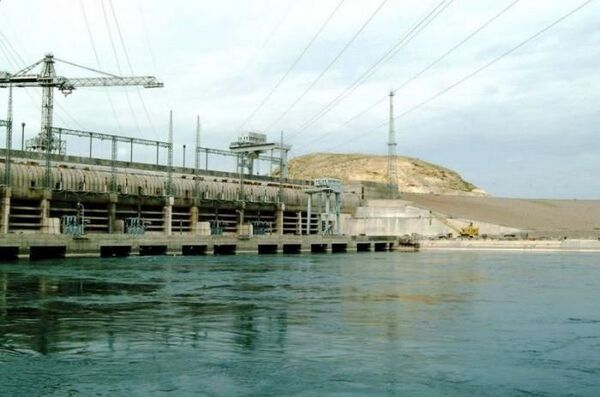 Sputnik Turkiye discussed the issue with Ewwas Eli, a member of the Syrian Kurdish Democratic Union Party (PYD), responsible for the party's foreign policy, who confirmed that Turkey had cut off water supplies.

"The electric power demands of Kobani and Manbij and a number of adjacent territories are being covered by the electric power generated at the hydroelectric plant at the Tishrin Dam. The water there comes from Turkey. There is a corresponding international agreement regulating the water resources," he told Sputnik.

He further explained that the water flows from the Ataturk reservoir on the territory of Turkey first into Syria and then further to Iraq. Both Syria and Iraq have every right to this water.

From the very first military clashes in Syria, Turkey started violating this agreement.

Turkey has been withholding water from the Euphrates River for a month. The politician explained that Ankara has been doing it occasionally, then abruptly releasing it. The reservoir at the Tishrin Dam is relatively small, he said. And it is unable to cope with such a strong water flow thus forcing the management to open the dam. Such irregularities with water supplies cause electricity blackouts in Kobani, Manbij and Sirrin.

The electricity is being supplied to the affected cities only for two hours per day. With the amount of water which can be currently amassed in its associated reservoir, the hydroelectric plant at the Tishrin Dam is able to work only for 2-3 hours per day. The adjacent territories are also experiencing shortages of drinking water.

"Turkey has been cutting off water due to political reasons: to prevent the set-up of our project, the Federation of Northern Syria–Rojava," Ewwas Eli told Sputnik.

Turkey Expects US to Keep Promise on Kurdish PYD's Withdrawal From North Syria
He further explained how Turkey has been using water as a political tool: it has currently opened the water flow into Syria but its volume is not enough. The electric power generated at the hydroelectric plant at the Tishrin Dam is then supplied to the cities of Sirrin, Ras al-Ayn and Al-Hasakah. It is also being supplied to a large part of the territories in the north of the country. When there is a blackout, he said, life practically stops there.

Turkey cutting the water supply, he said, violates international law, it is an inhumane act. International organizations and European countries should not ignore this problem, he concluded.

000000
Popular comments
Kurds are like Syrian rebels, they have been promised autonomy by the usual Zio/CIA, and this is the main cause of this mess. See how their media are always trying to push people against each others for their own benefit ?
Marques rouges
8 March 2017, 15:14 GMT3
000000
John Twining, Well. But what do you call 'civilised world' by the time being ?
ntahedas
8 March 2017, 16:16 GMT2
000000
Newsfeed
0
New firstOld first
loader
LIVE
Заголовок открываемого материала
Access to the chat has been blocked for violating the rules . You will be able to participate again through:∞. If you do not agree with the blocking, please use the feedback form
The discussion is closed. You can participate in the discussion within 24 hours after the publication of the article.
To participate in the discussion
log in or register
loader
Chats
Заголовок открываемого материала
Worldwide
InternationalEnglishEnglishMundoEspañolSpanish
Europe
DeutschlandDeutschGermanFranceFrançaisFrenchΕλλάδαΕλληνικάGreekItaliaItalianoItalianČeská republikaČeštinaCzechPolskaPolskiPolishСрбиjаСрпскиSerbianLatvijaLatviešuLatvianLietuvaLietuviųLithuanianMoldovaMoldoveneascăMoldavianБеларусьБеларускiBelarusian
Transcaucasia
ԱրմենիաՀայերենArmenianАҧсныАҧсышәалаAbkhazХуссар ИрыстонИронауОssetianსაქართველოქართულიGeorgianAzərbaycanАzərbaycancaAzerbaijani
Middle East
Sputnik عربيArabicArabicTürkiyeTürkçeTurkishSputnik ایرانPersianPersianSputnik افغانستانDariDari
Central Asia
ҚазақстанҚазақ тіліKazakhКыргызстанКыргызчаKyrgyzOʻzbekistonЎзбекчаUzbekТоҷикистонТоҷикӣTajik
East & Southeast Asia
Việt NamTiếng ViệtVietnamese日本日本語Japanese俄罗斯卫星通讯社中文（简体）Chinese (simplified)俄罗斯卫星通讯社中文（繁体）Chinese (traditional)
South America
BrasilPortuguêsPortuguese
NewsfeedBreaking
21:07 GMTBoris Johnson Contradicts Joe Biden With Claim of Intelligence That the Taliban Could Take Kabul
21:05 GMTPelosi Accuses GOP of ‘Trying to Force First-Ever US Default’ by Opposing Limit Suspension Bill
20:53 GMTFamily Lawyer Reportedly Confirms Human Remains Found in Wyoming Belong to Gabby Petito
20:26 GMTFrench President Macron's Health Pass QR-Code Leaked to Internet - Reports
19:37 GMTThe US Space Force’s Oldest Adversary, Social Media, Roasts Their New Uniforms
19:25 GMTTraffic on Motorway in German Bavaria Halted Due to Armed Hostage-Taking Situation - Reports
19:24 GMTJoe Biden, DHS Chief Upset by 'Horrible' Videos of Border Patrol Dealing With Haitian Migrants
19:24 GMTBiden Believes Footage From US-Mexico Border ‘Horrific’ and Supports Probe
19:15 GMTSoldiers Killed in Galwan Valley Clash With India Now Part of Patriotism Lessons for Kids in China
19:14 GMT‘An Unpredictable Ally’: Does the AUKUS Pact Undermine the Quad's Significance?
19:11 GMTSearch for Fiancé of Gabby Petito, Brian Laundrie, Resumes in Florida Wilderness
18:54 GMTFrench Defenсe Minister Says US Instigating Confrontation With China
18:48 GMTNew ‘Storytelling’ in Skripal, Litvinenko Cases Meant to 'Sabotage' Effort to End Russia-UK Cold War
18:40 GMTTexas Governor Says Biden Has Not Granted Federal Emergency Declaration Over Border Crisis
18:39 GMTWoman Claims US Billionaire Leon Black Raped Her in Jeffrey Epstein’s Townhouse, Media Says
18:29 GMTMigrants Escape After Overtaking Transport Bus
18:08 GMTVolcano Continues to Erupt on Spanish Island of La Palma
17:49 GMT'US Hegemonic System' Has 'Failed Miserably', Iran's Raisi Tells UN
17:24 GMTUSAF Reveals It Has Five New B-21 Strat Bombers in Production, Not Two as Originally Reported
17:07 GMTAncient Pyramid Made From Volcanic Ash Likely Built to 'Calm Earth’s Anger,' Media Says