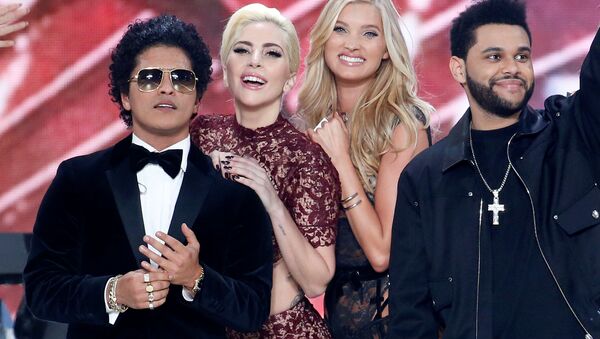 © REUTERS / Charles Platiau
Subscribe
Tinder has been secretly operating a members-only version of its platform, Tinder Select, reserved exclusively for elite users of the app, such as CEOs, super models, and other super attractive and inordinately wealthy people.

'Haters Gonna Hate': New App Takes on Tinder With Delightfully Dark Twist
Described by an anonymous user as an app "for celebrities and people who do really well on Tinder," the dating app began quietly inviting people to join Select in September 2016.

It's uncertain how Tinder selects which users to invite, but an apparent unifying feature is they're highly attractive, and often fairly high-profile — one factor could be the app's Elo score, the algorithmic rating system which covertly rates users based on "thousands and thousands" of signals.

Tinder Select: Because you are so elite at using the app that you are still single. https://t.co/GdqNqHnSOs

Select's design differs from the standard Tinder interface — it features a navy blue "S" at the top of the screen, in place of the traditional Tinder flame, and other blue accenting in place of the usual orange. Tinder Select members can switch between the "elite" version of the app and its humble, standard form using a toggle switch.

My dating life consists of sending this gif to boys on Tinder within 48 hours of matching with them and then never hearing from them again. pic.twitter.com/xfrZ8h0ERP

Tinder has repeatedly declined to comment on the story — and given how long it has apparently existed without word spreading, it's arguable the dating app giant may not intend to publicize the service, at least for the time being.

For instance, the little-known Raya app was launched in 2015, which allows users with sizable Instagram followings, unique and creative jobs, and references within the Raya community, to join. Invitation-only dating app The League cross-rates social media profiles (including Facebook and LinkedIn) to pick singledom's creme de la creme, based on education, popularity and profession to determine who was allowed on the platform.

What is Raya, how does the dating app work and which celebrities are on it? From Joe Jonas to Cara Delevingne https://t.co/vfR6hpKUkh pic.twitter.com/XhD2kGQ5bP

Less exclusively, Bumble has an abstruse Vibee subsidiary — not so much an "elite" version of the app for the great and the good among its membership, but a platform for "highly rated" users who are responsive and responsible in their Bumbling.

'Sindr' Not Tinder: 'Long Overdue' Catholic App to Help Find Confessional Box
Tinder Select users who feel guilty about their elite status may wish to confess their shame to Sindr, the Catholic App devised by an Archdiocese in Scotland for anyone searching for a confessional box on-the-go.

Regular users who didn't make the cut can vent their frustrations on Hater, the dating app that matches singles on mutual objects of detestations — or drown their irritation with some illicit substances, purchased from one of the network's many drug dealers.