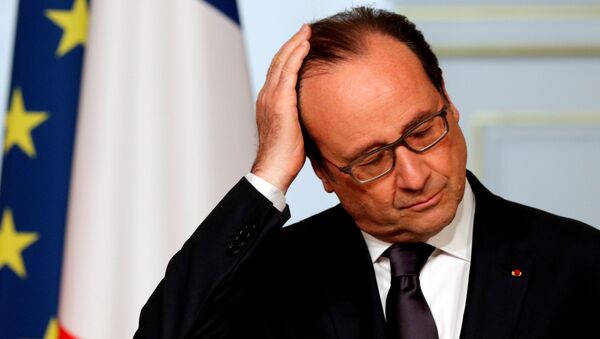 “The threat exists,” Hollande said answering the question about the possibility of Le Pen’s victory.

He noted that the far right movements had never been on such a rise in France in the last 30 years.

From Hollande’s point of view, the upcoming election will determine the future of the “European structure,” not only the future of France.

The first round of French presidential election is due to take place on April 23, while the second round is set for May 7. Le Pen and independent candidate Emmanuel Macron are favorites of the first round, according to various polls.