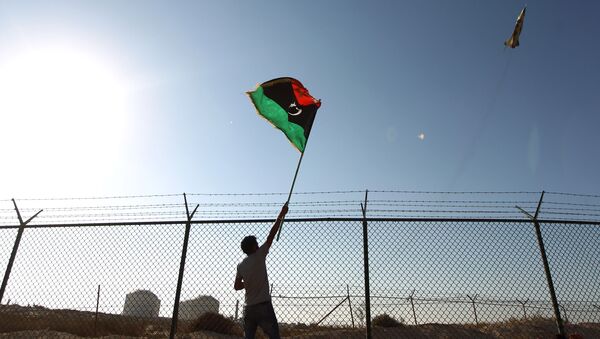 MOSCOW (Sputnik) — On Friday, the Russian Foreign Ministry said Moscow was ready to work closely with all parties in Libya in search for mutually acceptable solutions to resolve the crisis in the country, stressing the importance of establishing an inclusive intra-Libyan dialogue to create a unified government with the army and police force capable of ensuring security and the rule of law, to effectively counter the terrorist threat.

"We recognize a huge role that Russia is playing in the Middle East and in Syria, therefore, we are strongly in favor of Russia taking part in the Libyan settlement bearing in mind Russia’s experience in Syria," Salvini said.

'No One Else Can Do That': Italy Seeks Russia's Help in Resolving Libyan Crisis
The International Organization for Migration (IOM) estimates that almost 14,000 migrants have crossed the Mediterranean Sea to get into Europe since the start of the year, specifying that most of the crossings took place between Libya and Italy.

In a bid to crack down on human trafficking and illegal migration in the Mediterranean, in February, Rome set up a 200-million-euro ($215 million) fund to counter illegal migration from North Africa with the focus on Libya by strengthening the control of the coast and the southern border with Niger.

On Wednesday, Italian Defense Minister Roberta Pinotti, while touching upon the relations with Russia, which she regards as a potential partner rather than an opponent, mentioned Russia’s quick reaction in helping to settle the conflicts in Libya and Syria, and stressed that even under the conditions of anti-Russia sanctions Moscow could become a very important actor in providing stability in the Mediterranean.

Libya has been suffering from a civil war since 2011 when the country’s long-time leader Muammar Gaddafi was overthrown. In December 2015, the two rival governments formed the Government of National Accord, but one of the parties refused to cooperate afterward.

The instability in the country facilitated the emergence of militant groups, with Daeshcarrying out attacks on Libya’s oil infrastructure.