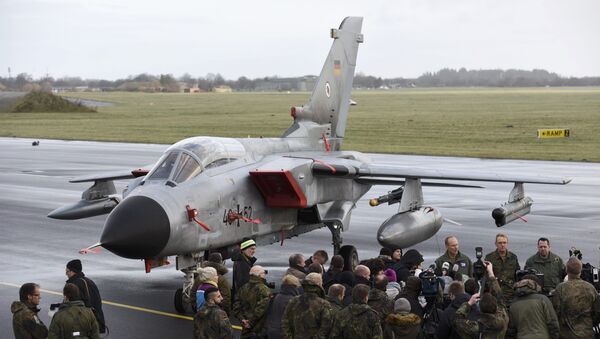 German media recently revealed that the Bundeswehr is lacking essential ammunition and is not ready to deter serious attacks. In an interview with Radio Sputnik, military expert Alexei Leonkov pointed out that the German armed forces are facing overall decline of their combat capability.

Earlier, German Die Welt newspaper reported that Germany's armed forces depots are almost completely empty, which is why the Bundeswehr has ordered new ammunition to fill their rapidly shrinking reserves.

"The problem of ammunition and military equipment has been evident in the German army for a long time. The first serious concerns occurred in 2014 when serious defects in the G36 rifle were revealed," the expert noted.

Bundeswehr 'Almost Completely' Out of Ammunition, German Media Report
At that time, military experts came to the conclusion that the G36 had serious shortcomings and can't be used in the proper way. It was said that the rifle tends to heat up during continuous fire and becomes incapable of hitting targets past about 250 yards.

Unfortunately, the G36 rifles scandal was only the beginning.

"In 2015, Germany's Minister of Defense Ursula von der Leyen decided to replenish the armored vehicles park of the country's armed forces. Leopard 2 tanks proved very old, and they required new ammunition, which German industry stopped producing. As a result, only 132 of 244 tanks are ready to perform their tasks, while almost one half of the 180 Boxer armored vehicles can't even pull away," Leonkov noted.

"Furthermore, it turned out that the Tornado bombers that were used in the fighting in Syria are incapable of flying at night. What is that? A combat-ready aircraft? There are too many problems. They can't be solved overnight," the expert added.

Earlier, German Defense Minister Ursula von der Leyen said that Berlin will gradually increase military spending to 2% of GDP. There are also plans to increase the number of German armed forces up to 198,000 people by 2024.

However, the expert believes that the plans of the German Ministry of Defense to increase its military spending won't solve the problems quickly.

"Perhaps this will partially relieve them. But to return the Bundeswehr to the level of combat readiness it had at the end of the Cold War, will be very problematic. It will take not a year or two, but rather five or even ten years," the expert concluded.