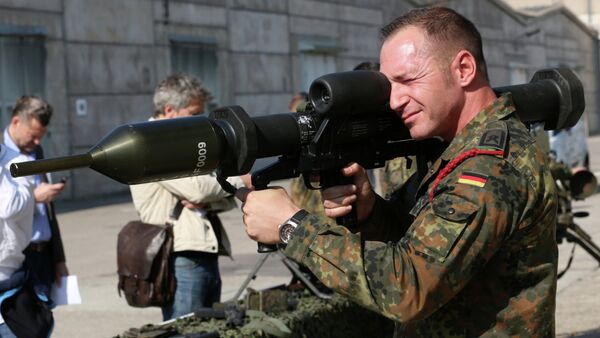 German Army Bulks Up, But Can the Bundeswehr Defend Europe?
The Bundeswehr has almost run out of ammunition for certain types of weapons. The current reserves will last only for a few days, the article said.

According to the newspaper, the current situation notably differs from the past, when the provision was made for at least one month.

"During the Cold War, the bunkers contained ammunition sufficient for 30 days of fighting. Meanwhile, according to insider information, the reserves for some weapons have significantly shrunk and will be sufficient for only a few days," the article said.

Following the report, representatives of the German Ministry of Defense refused to comment on the issue, saying that the data is classified as "secret."

"Information about the difficulties with ammunition is secret, and I can't give you any additional data on the issue," a ministry representative told Sputnik.

According to the newspaper, Germany is planning to purchase additional ammunition for G36 assault rifles and MG4 machine guns. By the end of November 2017, the Bundeswehr plans to replenish stocks by 25 million soft-point bullets, sized from 5.56 to 45 millimeters.

The newspaper also noted that the new ammunition will be low-pollutant and contain a minimum quantity of harmful substances, so that it causes as little damage to the environment as possible.

Last month, Germany sent about 200 military vehicles, including 30 tanks along with 450 soldiers to Lithuania as a part of NATO's mission to deter alleged Russian aggression.

In 2016, NATO decided to deploy additional troops to the Baltic States and Poland during July's summit in Warsaw, citing the states' vulnerability to the alleged threat of Russian aggression after Crimea rejoined Russia in 2014, a move that Moscow has repeatedly criticized.

Several other European countries announced their plans to increase their combat readiness and build up their military forces as well.

For instance, the Swedish government said Thursday it has decided to re-activate conscription from January 1, 2018 to boost military readiness in light of growing security threats in Europe.