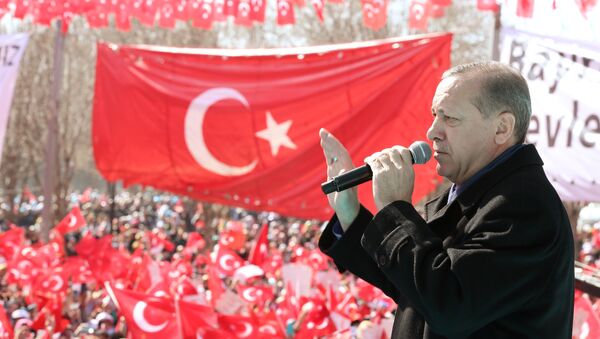 Merkel, Trump to Meet in Washington This Month
ANKARA (Sputnik) — Two cities in Germany withdrew last week their permissions for Turkish rallies that were to be addressed by Turkish justice and economy ministers. Ankara is seeking support of its large expat community in Germany for a constitutional change that would give more powers to Erdogan.

"Germany, you are miles away from [being a] democracy. Your actions are no different than those of Nazis in the past," Erdogan said in an address in Istanbul.

The cancellation of German rallies, as well as Dutch opposition to a similar rally in Rotterdam has angered Ankara, with Turkish Foreign Minister Mevlut Cavusoglu claiming nothing would hold Turkish officials back from meeting their people. He was expected to address the Rotterdam gathering on March 11.