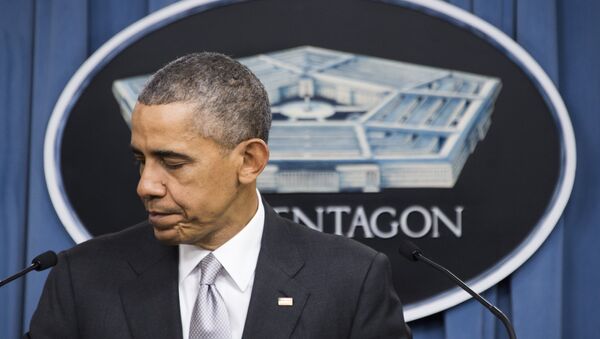 Former US President Barack Obama's representative on Saturday denied President Donald Trump's allegations that his predecessor had ordered him to be under surveillance just before last year's presidential election.

MOSCOW (Sputnik) — The denial comes after Trump's tweet accusing Obama of having the ex-real estate mogul's Trump Tower headquarters' "wires tapped" prior to the election, describing this as the former administration's "new low." The president went on to compare the alleged surveillance to McCarthyism and the Watergate scandal.

​"A cardinal rule of the Obama Administration was that no White House official ever interfered with any independent investigation led by the Department of Justice. As part of that practice, neither President Obama nor any White House official ever ordered surveillance on any US citizen. Any suggestion otherwise is simply false," Obama's spokesman Kevin Lewis said in his official Twitter account.

Frm Pres @BarackObama is heartened by the level of engagement taking place in communities around the country. pic.twitter.com/X5Fk3xRDEX

​A senior US official also told the NBC News channel that Trump's allegations were unfounded and the president had not consulted with members of the government before making them.

The tweet came after a Fox News interview where the issue had come up.

The statement comes amid reports of alleged Trump's team's ties with Russian officials. On February 15, The New York Times reported, citing phone records and intercepted calls, members of Trump’s presidential campaign team and several associates allegedly contacted Russian intelligence and government officials prior to the 2016 US election. Both Washington and Moscow have repeatedly refuted the allegations.