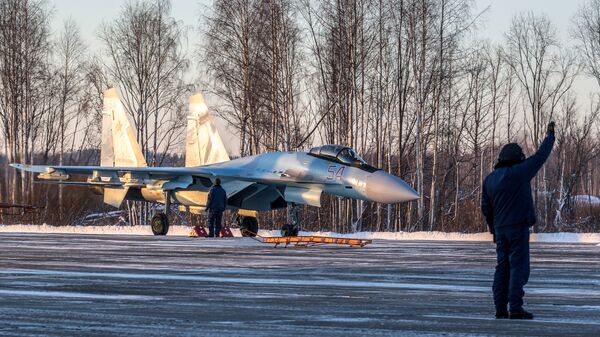 © Sputnik / Ilya Timin
/
Go to the photo bank
Subscribe
An official representative of Russia’s Centre for Analysis of World Arms Trade said that Russia’s United Aircraft Corporation with its advanced MiG-35 fighter jets is one of the key candidates to win a contract to deliver eight multi-role combat aircraft to the Bangladesh Air Force.

"United Aircraft Corporation with Su-35, MiG-35 and Su-30SM fighters is the main candidate to win the contract," the representative said.

Bangladesh’s Directorate General for Defense Purchase announced on its website it was interested in the acquisition of eight Multi-Role Combat Aircraft (MRCA) in the financial year 2017-2018, with an option of purchasing additional four aircraft in the future, according to the document.