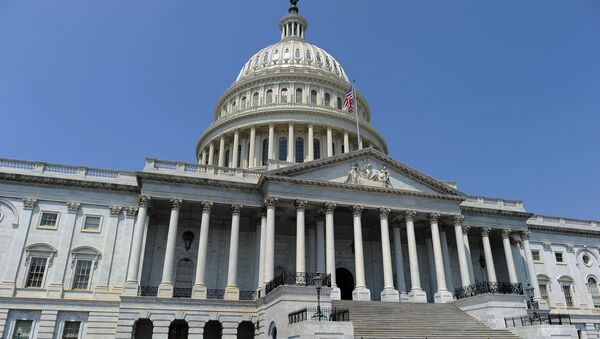 Cassandra Fairbanks
All materials
The man behind the hotly-disputed ‘Golden Showers’ report on Donald Trump’s supposed ties to Russia, a former officer in Britain's Secret Intelligence Service (MI6), has been called to testify before the US Senate Intelligence Committee.

Christopher Steele, a former UK intelligence member of MI6, is hesitant to travel to the United States to testify, but some Democrats and neo-conservative Republicans are reportedly willing to initiate meetings with him in the United Kingdom.

“John McCain, the former Republican presidential candidate, and chairman of the Senate Armed Services Committee, sent an intermediary to London in November last year to collect Mr Steele’s dossier, which was subsequently passed personally by the Senator to FBI director James Comey,” the Independent reported on Friday.

Lawsuit Against BuzzFeed Over Trump Dossier Goes to Federal Court
The former spy is currently being sued by Aleksej Gubarev, the CEO of XBT, who was also named in the dossier. The tech mogul is also suing the publisher BuzzFeed in federal court.

The dossier claims that Gubarev was coerced into assisting in hacking the Democratic Party by Russian spies who had compromising information on him, and that the tech entrepreneur ultimately played an “instrumental” role in the emails being released by Wikileaks.

Gubarev has denied every allegation in the dossier. His attorney, Val Gurvits, confirmed that law enforcement never contacted his client about any of the claims made by Steele.

The allegations in the report have been dismissed by both Trump, who has referred to Steele as a “failed spy,” and by Russian President Vladimir Putin. Even Buzzfeed, who initially published the bizarre information, noted discrepancies, acknowledging that none of the allegations could be confirmed.

World
Inclusion in Trump Dossier Hurts Russian Tech CEO's Business
The report included multiple claims that are questionable, and in some cases outrageous. In one example, the report alleges that a top lawyer in the Trump organization, Michael Cohen, met with Russian officials in Prague who were involved in the hacks on the Democratic National Committee. Cohen has never been to Prague, and immediately shared his passport on social media as proof.

The dossier also claims that there was a video of a urine party, hosted by Trump, and secretly filmed by Russian intelligence agencies, although there is no evidence to support that any such recording exists.

Following the release of the report, many journalists confirmed that they, too, had been offered the story, but had declined as they could not confirm its validity.

Steele has not yet publicly responded to requests from Senate officials, but the Independent reported that he has become increasingly frustrated by the lack of action on his claims, and now believes that the FBI is involved in a cover-up.