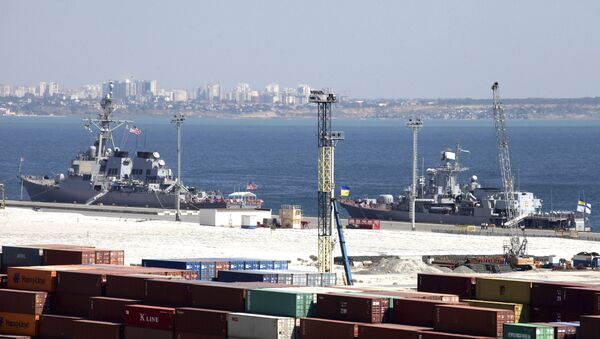 Lacking the financial resources to beef up its Black Sea presence with new, domestically produced ships, the Ukrainian Navy is considering buying decommissioned NATO warships on the cheap instead. The only problem, experts say, is that even if NATO gave Ukraine its old ships for free, it would still cost more money than Kiev has to modernize them.

Speaking to Ukraine's Channel 5 earlier this week, Vice Admiral Ihor Voronchenko, commander of the Ukrainian Navy, confirmed that Ukraine was negotiating the purchase of decommissioned NATO vessels to reinforce its Black Sea fleet. A group of Ukrainian officials has recently returned from such negotiations, he said.

The senior officer noted that while he could not name the country or countries that Ukraine was negotiating with, he could say that one deal has already been negotiated. A second group of officers will embark for further negotiations this fall, Voronchenko added.

Canada Reviewing Ukraine Military Needs to Lend 'Best Support' to Kiev
"Partner countries – those that currently provide us with assistance, are considering this issue to be promising," the vice admiral said. Kiev, he added, is looking to get decommissioned ships whose age is satisfactory to the Navy, and "according to certain payment methods."

Voronchenko explained that Ukraine needed the ships because it is "a transit state, and we are obliged…to ensure the peaceful navigation of all vessels in the Black Sea. We cannot fulfill the full spectrum of this work with only one minesweeper, the Henichesk, which we obtained."

Accordingly, he said, Kiev is now looking to get another mine-sweeper, and possibly other vessels, from NATO member countries.

Commenting on Voronchenko's remarks, Russian observers suggested that it was a sign of the sorry state of Ukraine's Navy, as well as the country's economic and industrial potential in general. After all, experts noted, less than a quarter century ago, before the collapse of the Soviet Union, Ukraine was home to some of the largest and most advanced shipyards in the world, building everything from small frigates to aircraft carriers. Since 1991, independent Ukraine has built only a handful of small corvettes, anti-submarine vessels and patrol ships.

Furthermore, after the Soviet collapse, much of Ukraine's shipbuilding industry, concentrated in massive shipyards in places like the port city of Mykolaiv in southern Ukraine, remained dependent on cooperation with their Russian counterparts. However, since the downturn in Russian-Ukrainian relations in 2014, cooperation has declined significantly, with Russian shipbuilders turning to domestic producers for things like diesel engines and other advanced components. 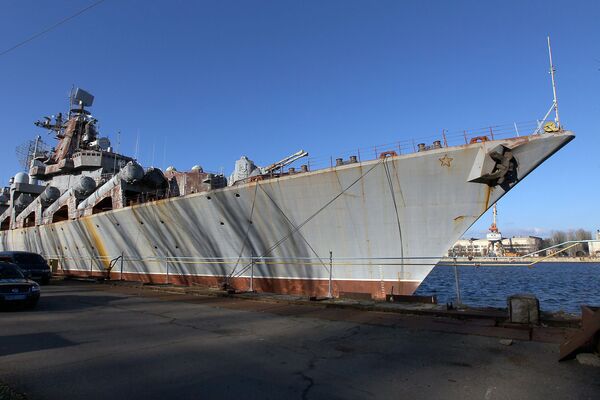 Cash-Strapped Ukraine Turns to Crowd-Sourcing to Build Its Drone Fleet
Other experts suggested that even if Ukraine received the old NATO vessels for free, the money necessary to reequip the ships, retrain crews, and find the necessary spare parts would cost the Navy more than the ships are worth.

Speaking to the Russian news portal Economics Today, Boris Rozhin, editor-in-chief of the information-analytical center Kassad, suggested that Ukraine is looking for the new ships "purely for the sake of showing the flag and a [hypothetical] 'increase in capabilities' of the Navy."

"But buying a decommissioned ship is only half the battle," Rozhin explained. "One also needs to spend money on repairs, fine-tuning and upgrades, on retraining the crew to different standards, on reequipping the ship, and on incorporating it into a single fleet supply system." 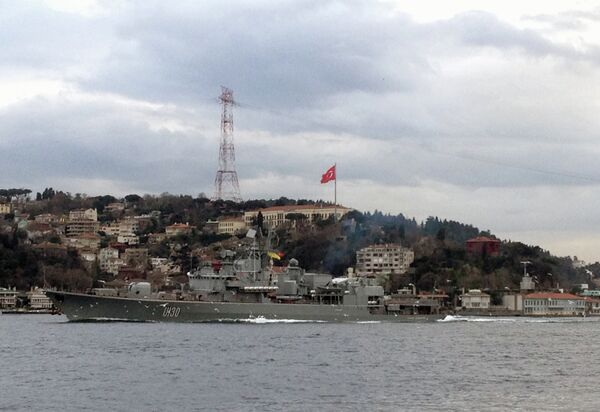 Therefore, the expert noted that Voronchenko's announcement seems to be little more than a PR campaign. "Decommissioned ships cannot change the balance of forces in the Black Sea. It's worth recalling that Ukraine has not even been able to put the ships from Sevastopol handed over to them by Russia in order. Ukraine's fleet is financed from the leftovers [of the military budget] – they'll buy a ship, show it off and then leave it docked; but its actual usefulness will be very small."

On Alert: Crimea to Get BUK Missile Systems
For his part, independent military expert Prokhor Tebin explained the scheme he believes is likely to be used for Ukraine's purchase of NATO vessels: "The US Congress allocates a conditional $300 million to Kiev. With these funds, Kiev receives not actual money, but old ships, the cost of which is then written off as assistance. The US has a lot of ships in storage all across the globe, and given the necessary political decision, it wouldn't be a problem to reactivate them and send them to Ukraine. But they would be delivered without weapons onboard."

Earlier this week, Voronchenko accused Russia of "looting" its leftover naval assets in Crimea, and using these vessels as donors for parts. Russia denied the accusations, pointing to the fact that its Black Sea Fleet is being equipped with the latest vessels, and that new parts are being used supply its vessels.

The vast majority of the Ukrainian ships left in Crimea after the peninsula's return to Russia (35 mostly small, mostly auxiliary, mostly obsolete vessels) were returned to Kiev in the summer of 2014 under an agreement between the two countries. The return of the other 16 minor ships was halted when Kiev failed to renew its ceasefire in the civil war in the east and most are now believed to be in storage at bases across the peninsula.

World Press Photo Winner Tells Story of Forgotten War in Ukraine (PHOTOS)
Following the Maidan coup and Crimea's return to Russia, the size of Ukraine's Navy was cut in half, with many of its officers and seamen leaving the Navy and volunteering to join the Russian Black Sea Fleet instead. The Navy's size dropped from about 15,000 to 6,500 men, and its center of operations moved from Crimea to Odessa. Many senior officers, including vice admirals and rear admirals, joined the Russian Navy.