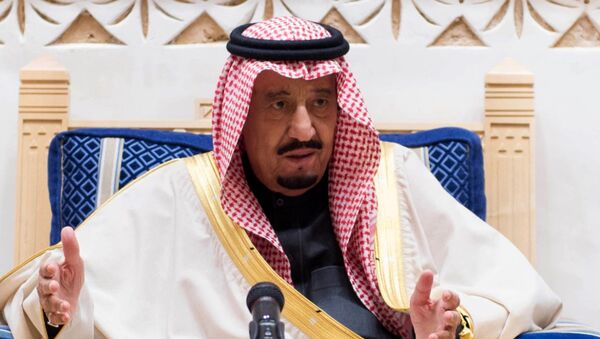 How much luggage do you take on a trip abroad if you are a king? Well, King Salman of Saudi Arabia knows his answer, as he brought 506 tons of stuff on his Asian junket.

Two Pakistani Transgender People Beaten to Death by Saudi Police, 33 Arrested
King Salman is on a tour of Asia which includes Indonesia, the most Muslim-populated country in the world. The visit to Jakarta is historic, as it is the first official trip by a reigning Saudi monarch to Indonesia in half a century. To commemorate the event, King Salman prepared his luggage thoroughly, including an airfreight company tasked with transporting some 500 tons of material, including two Mercedes-Benz limousines, among other objects.

Newser.Com's Kate Seamons was puzzled by the "transportable electric elevator." Our best guess is that, with 500 tons of luggage, you'd need this to unload it. Anyway, King Salman has two of those in his cargo.

The Saudi monarch also reportedly brought an impressive entourage of some 800 delegates, 25 of whom are thought to be princes.

All of this posh is not without purpose, however, as Indonesia reportedly expects to secure some $25 billion in investments from the Saudis. By the end of the first day the two countries had signed agreements covering a wide range of areas including trade, aviation, science, health, and law enforcement, according to media reports. Overall, there were 11 cooperation memoranda signed by the end of Wednesday.

More is likely to come over the next two days, as King Salman announced that he will spend three days for business and six days of his nine-day Indonesian visit pursuing leisure activities. Following his departure from Jakarta, the monarch will carry on with his three-week tour across Asia, visiting Malaysia, and then Japan, China and the Maldives.

At each stop along the way, look for those portable elevators to be earning their keep.