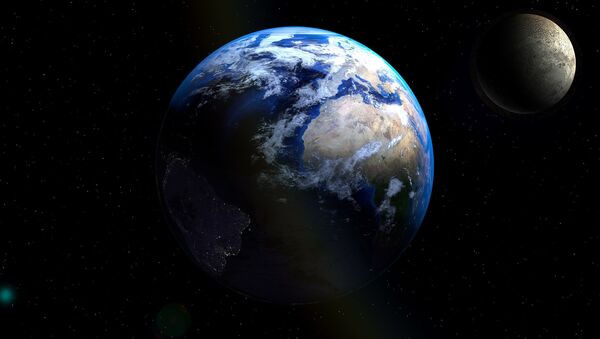 © Photo : Pixabay
Subscribe
International
India
Africa
Turkey is close to starting its own version of NASA, as a draft bill for legislation to create a Turkish Space Agency is finalized and readied for review by the Turkish parliament.

With Friends Like These: US-Turkey Friendship to Be Put to the Test in Raqqa
Turkey is coming closer to finalizing its long-envisioned dream to establish its own space agency, to determine the country's space policies and help develop a national space industry. A bill draft to define basic principles has been sent to the Turkish parliament.

The bill is expected to pass without debate.

According to Defense News, the bill defines the mission of a Turkish Space Agency as "reducing dependence on foreign technology, coordinating work for space platforms, launching facilities and systems, and helping develop, integrate, launch, monitor and operate aerospace systems."

The agency will unite efforts of various Turkish ministries, with ministers of science, industry and technology; as well as those of development; defense; transport; maritime, and communications, all included in the executive board, chaired by the Turkish prime minister.

The agency will reportedly combine the experience of similar institutions in the United States (NASA), Japan, Germany and France.

US Urges Turkey to Avoid Stoking Tensions With Greece in Aegean Sea
According to Anadolu news agency, the idea of creating a Turkish Space Agency came onto the agenda for the first time in 2014 after Turkey's transport minister said that the government was preparing legislation to present to the Council of Ministers. Later, it was included in a government action plan in December 2015.

Reports suggest that Turkey is seeking to alleviate its dependence on foreign nations in spacecraft construction. Its latest satellite Gokturk-1, was proudly announced as "20 percent Turkish," thanks to the $112 million Space Systems Integration and Test Center, an assembly facility that reportedly allows simultaneous construction and testing of more than one satellite of up to five tons. The country plans to build its first completely indigenous spacecraft by 2019.