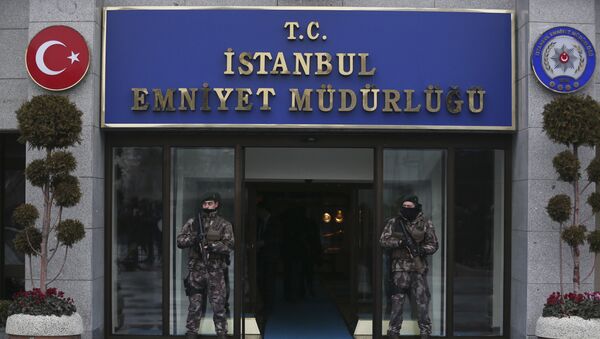 A total of 24 people have been detained in Turkey's western Izmir province over alleged links to the movement of Islamic cleric Fethullah Gulen suspected by Ankara of masterminding the July 2016 coup attempt, local media reported Wednesday.

Turkish Police Detain Suspected Organizer of Istanbul NYE Club Attack
MOSCOW (Sputnik) – The Turkish Minute media portal reported that warrants for a total of 34 people were issued. Ten suspects are said to be still on the loose.

The failed coup attempt on July 15, 2016, left 248 killed and thousands of people wounded. Following the coup attempt, the Turkish authorities arrested more than 41,000 people and fired or suspended more than 135,000. Many of them are teachers, public servants and journalists. Ankara believes that Gulen and his supporters were seeking to overthrow the current government with the coup.

Gulen has been living in the US state of Pennsylvania since 1999. He has denied the allegations of involvement and condemned the attempted coup.