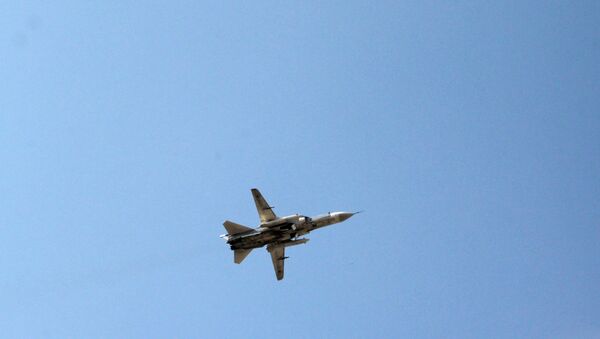 The Russian Defense Ministry denied allegations by the US-led coalition that Russian jets had carried out airstrikes in Syria against the positions of loyal opposition groups.

MOSCOW (Sputnik) — Neither Russian or Syrian combat planes have delivered airstrikes in areas near the town of Manjib in Syria designated by the US-led coalition as operational zones of loyal opposition groups, the Russian Defense Ministry said Wednesday.

"On February 28, there were contacts via established communication channels between a Russian representative of the air group at Hmeimim airbase and his American colleague at an airbase in Qatar," the ministry said in a statement.

'Deliberate Lie': Russian MoD Denies Reports of Airstrikes on Syria's Idlib
According to the statement, the US officer expressed concern over missions by the Russian and Syrian aircraft against terrorist targets to the south of the town of Manbij in Aleppo province, which could accidentally harm US-led opposition groups operating in the area, and provided the Russian side with exact coordinates of their deployment.

"The data was registered and taken into account by the Russian command. No airstrikes were carried out by either Syrian or Russian aircraft in areas designated by the US side," the statement said.