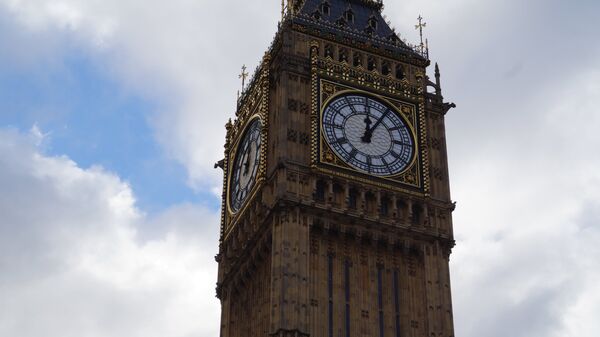 © Sputnik
Subscribe
International
India
Africa
A group of metal-detector enthusiasts in the UK have unearthed historically-significant gold artifacts that may be 2,500 years old.

New Gold Rush in California? Extreme Rains Turn Up More Metal
A group of UK-based treasure hunters discovered pieces of golden jewelry in Staffordshire, England, that could be the product of Iron Age artisans.

According to media reports, Joe Kania and Mark Hambleton, two metal-detector enthusiasts, made their discovery after a fruitless day exploring the Staffordshire Moorlands in December 2016.

"I was just about to give up for the day when Joe said he thought he had found something," Hambleton told reporters. "We both looked at it and were speechless."

What they found were several pieces, a bracelet and several necklaces, all made of gold. The pieces of ancient jewelry were reportedly buried just beneath the surface, and were lying within several feet of each other.

Several pieces of Iron Age gold jewelry have been discovered in the West Midlands of England https://t.co/wFB2sHvXpF pic.twitter.com/vnna1YAZxW

​Experts at the British Museum believe the jewelry, now named the Leekfrith Iron Age Torcs, could date back as far as 400 BC.

The pieces, decorated in Celtic art forms, are thought to have not been made in England. Experts say they probably came from either Germany or France.

Julia Farley, curator of the British and European Iron Age collections at the British Museum, who examined the unique collection, said: "The torcs were probably worn by wealthy and powerful women, perhaps people from the continent who had married into the local community."

The treasures are believed to have been buried either for safekeeping or as an offer to the gods, or in an act of remembrance for their deceased owner.

Following the discovery, archaeologists researched a nearby site, but did not find more artefacts.

The jewelry, which is said to be of "huge international importance," is now in the possession of the Portable Antiquities Scheme, linked to the Birmingham Museum.