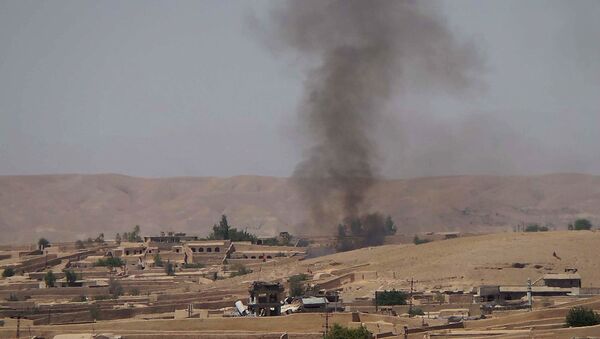 At least 20 members of the terrorist Taliban movement (outlawed in Russia) were eliminated after the group’s training camp was targeted by an airstrike in the Khanshin district of Afghanistan’s Helmand province, local media reported Wednesday citing the Afghan Defense Ministry.

US Condemns Taliban's 'Callous' Attack in Kabul as 'Extraordinary Cowardice'
MOSCOW (Sputnik) – It is yet unknown whether the airstrikes were conducted by the Afghan military forces or by the US forces deployed in the area, according to the Khaama Press.

Afghanistan had been facing instability for many years with the government troops fighting against the Islamist terror organization Taliban seeking to establish a strict Sharia law in the country. The turmoil resulted in the rise of other terrorist groups such as the Islamic State, outlawed in Russia.