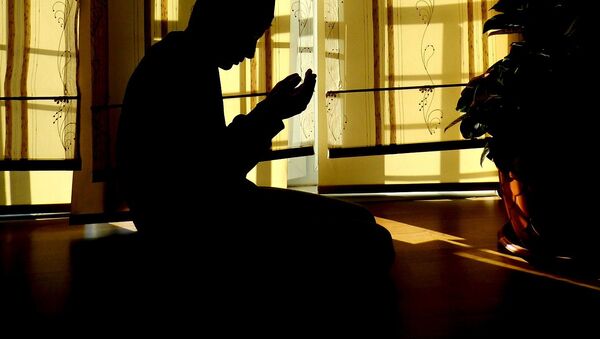 © Photo : Pixabay
Subscribe
Islam is the fastest-growing religion in the world and will replace Christianity as the world’s most popular faith, according to an analysis by Pew Research Center.

In 2010, there were some 1.6 billion Muslims in the world, or about 23 of the global population, according to the report. In comparison, there were 2.2 billion Christians at the time, or about 31 percent of world population.

The report by Pew Research Center analyzed world religion demographics and revealed that the two religions will reach near parity in their membership by 2050. After that date, Islam will become the world's number-one religion.

According to the report, the main reason for the shift is that Muslim families tend to have a greater number of children than Christian families. The report, published on the think tank's website, does not elaborate whether more children are a result of poverty, cultural tradition or a feature of the faith.

The report also points out that Muslims are generally younger than Christians. As developed countries' populations age, fears that native people in these countries will die out and be replaced by migrants from developing countries are evoked by some. According to the Pew report, by 2050, Muslims will make up about 10 percent of Europe.

Suspected German Islamist Terrorist Used to Be Muslim-Bashing Nazi
Another study, conducted by UK-based research organization Ipsos MORI, states that the subjective perception of the share of Muslims in countries tends to be exaggerated by non-Muslims. While about 1 percent of the total population of the US is Muslim, Ipsos respondents gave their estimations at 17 percent. By 2050, Muslims will make up about 2.5 per cent of the population in the United States, the Pew report claimed.

While Islam historically grew out of regions in the Middle East, it has spread to countries in Asia and the Pacific, areas where the largest concentrations of Muslims now live, with Indonesia currently the number-one Muslim country on the planet. By 2050, the number-one spot for Muslim majority will become India, with 310 million, or some 18 percent of that country's population, Pew report says.

Accompanying research by Pew revealed that when asked to rate their perception of Muslims, from 0 (negative) to 100 (positive), respondents gave a less-than average rating of 48. Some 49 percent of Americans polled think at least "some" US Muslims are anti-American, the report said. There is a clear partisan political split on the perception of Muslims in the US as well, with Democrats tending to give a more positive rating of Muslims and Islam, as opposed to Republicans, who take a more predominantly negative view of the faith.

000000
Popular comments
"Religion is the sigh of the oppressed creature, the heart of a heartless world, and the soul of soulless conditions. It is the opium of the people". (Written by German philosopher Karl Marx in year 1843)