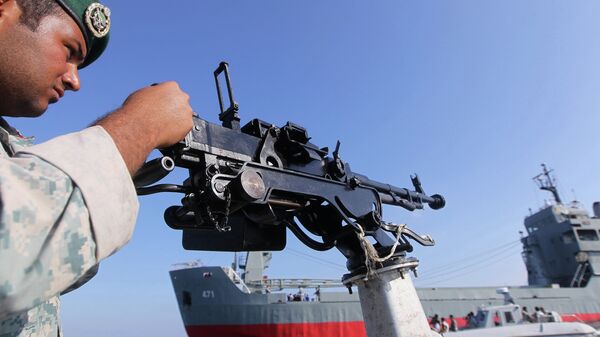 The Iranian naval special forces were deployed in country's territorial waters and north of the Indian Ocean as part of the Velayat 95 naval drills.

Iranian Navy Begins Active Phase of Major Drills in Indian Ocean
MOSCOW (Sputnik) — The drills started on February 13 and will continue until March 1 with its final stage in the Strait of Hormuz, the Sea of Oman and North of the Indian Ocean on Sunday, the Fars news agency reported.

Country's latest coast-to-sea cruise missile, Nasir, has been fired as part of the drills earlier in the day.