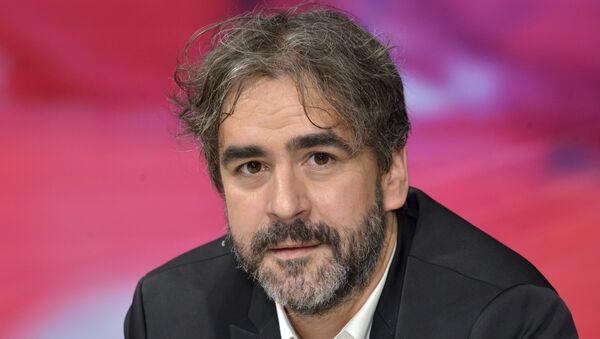 MOSCOW (Sputnik) — Earlier in the day, Istanbul prosecutors questioned Yucel over links with terrorist organization and ordered to leave him in custody pending trial.

FM @sigmargabriel on #Yücel: decision is too harsh+undue. We will emphatically advocate for Yücel's freedom.

​"FM @sigmargabriel on #Yücel: decision is too harsh+undue. We will emphatically advocate for Yücel's freedom," the ministry said on its official Twitter account.

Yucel, 43, was detained in Turkey on February 14 as part of an investigation of reports on a hacker attack on the email account of Turkish Energy Minister Berat Albayrak, who is son-in-law of Turkish President Recep Tayyip Erdogan, according to Die Welt newspaper.

Islamic Cleric Fetullah Gulen May Flee US to Canada, Turkish Deputy PM Claims
In December 2016, the whistleblowing website WikiLeaks published 57,934 emails of Albayrak. The emails span over 16 years and consist of correspondence between Albayrak and the Turkish elite.

The leaked emails allegedly detail Albayrak's involvement in influencing public opinion through fake Twitter accounts and his control of Turkish media companies, as well as "involvement in organizations such as Powertrans, the company implicated in [Daesh] oil imports."

Yücel is one of seven journalists arrested in connection with the RedHack leak since December 2016, but he is the only one who does not work for a Turkish outlet. According to German outlet Die Tageszeitung, Yücel was jailed by Turkish authorities in 2015 for making comments critical of a local official.

000000
Popular comments
Wag the dog...An employee of Springer is in the shits in some foreign country where he did god knows what, I mean anything from his side business as Mossad freelancer to plain journalistic work is possible, and the next thing you know its a government matter. Right.