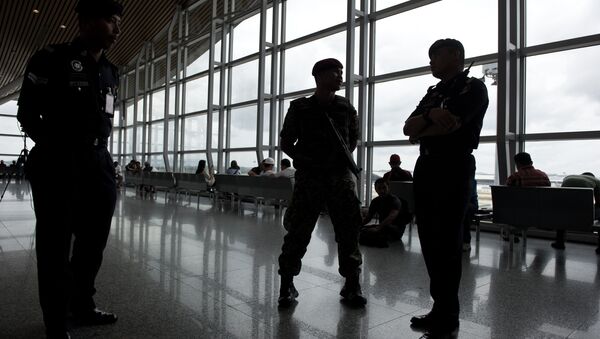 US May Designate N Korea as Terrorism Sponsor State Amid Kim Jong Nam's Murder
MOSCOW (Sputnik) — According to the BBC, the police found no traces of any toxins, including of the nerve agent called VX which was confirmed on Sunday by Malaysia's Health Minister Subramaniam Sathasivam as a substance that caused Kim Jong Nam's "very serious paralysis" that led to his death in a very short period of time.

On February 13, Kim Jong Nam, traveling under the name of Kim Chol, was killed at the Kuala Lumpur International Airport while waiting for his flight. The highly toxic gas was sprayed in his face as he was about to board a flight to Macau. The local police arrested a number of suspects, including an Indonesian woman, who said she had been given about $90 to smear Kim's face with "baby oil" as part of a television prank.

Kim Jong Nam, known to disapprove Kim Jong Un's policies, was exiled from North Korea in around 2003, and had since resided primarily in Macau. where he had business and a family. Before leaving his homeland, Kim was considered as the main candidate for succeeding Kim Jong Il.