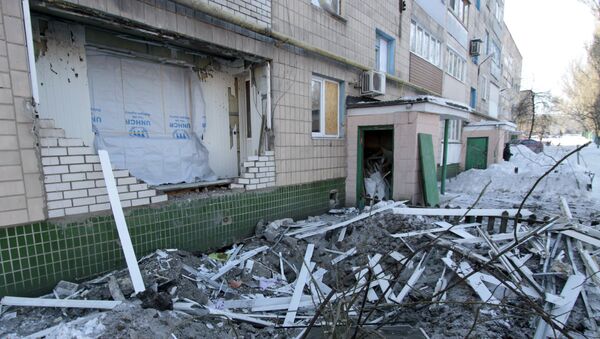 Swiss Aid Convoy Delivers 300 Tonnes of Chemicals to Clean Water in Donetsk
DONETSK (Sputnik) — The Donetsk water filtering station supplies water to the regional capital and nearby cities in militia- and government-controlled territories on both sides of the separation line.

It was captured late Friday by Ukrainian troops who used its buildings to open fire on rebel positions.

Water supply to Donetsk suburbs, including the recent flashpoint town of Avdiivka, has been many times disrupted by fighting between local militias and Ukrainian government forces since last month’s escalation. Both sides traded blame for ceasefire violations.