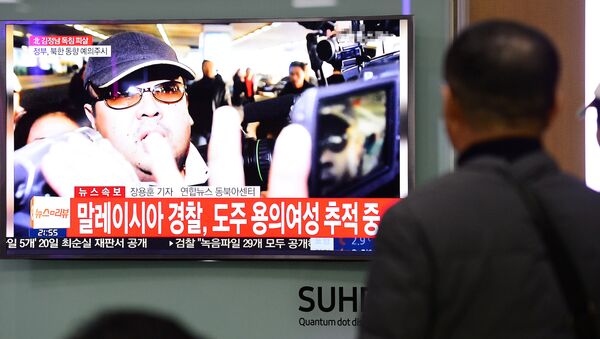 South Korea will take a hard line on North Korea for illegally storing biological and chemical weapons, at the upcoming talks with the United States and Japan, South Korean officials told local media Saturday after a highly toxic liquid was confirmed to have killed the half-brother of the North Korean leader.

"The government will bring up the issue of North Korea's biochemical weapons programs when top nuclear envoys from South Korea, the United States and Japan meet in Washington on Monday, as well as during various multilateral talks," a Korean official told the Yonhap news agency.

South Korea’s Foreign Ministry voiced its dismay on Friday over the use of what it described as a UN-banned chemical weapon in the suspected assassination. Seoul said this was a blatant violation of the Chemical Weapons Convention.

Malaysia has been investigating the case alone after it rejected assistance from North Korea, which also demanded for the body of the deceased 45-year-old to be handed over to it. No evidence has been revealed that would prove Pyongyang’s role in his death.