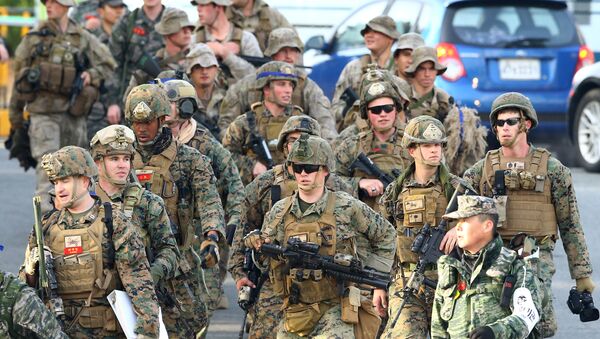 "While much is made of the nuclear missile threat from North Korea, its chemical weapons program is well documented and long known," Davis told reporters. "This is a very real threat and it is one we train for."

Davis noted that North Korea is not signatory to the 1997 Chemical Weapons Convention, which bans the use and storage of nerve agents like VX.

On February 13, Kim Jong-nam, half-brother of North Korean leader Kim Jong-un, was killed in a Malaysian airport. The apparent cause of death was the VX nerve agent.