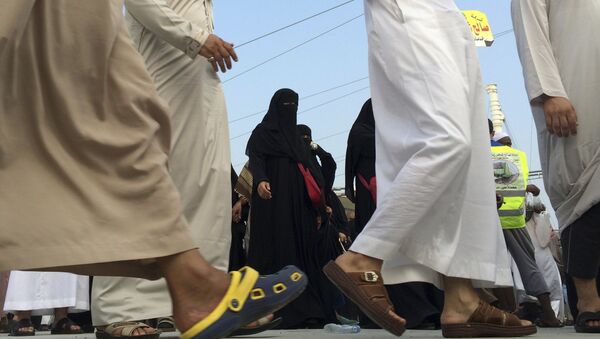 Iran and Saudi Arabia are in talks on Iranians rejoining the annual Hajj pilgrimage this year amid a diplomatic rift between the two countries, Iranian media said Friday.

At Least 41 Egyptians Die During Hajj in Saudi Arabia

Negotiations lasted for two hours, with the Iranian side stressing the need to preserve the rights of Iranian pilgrims and Benten outlining Saudi plans for holding this year's event. The 2017 Hajj is due to take place between August 30 and September 4.

Iran, Saudi Arabia in Standoff Over Hajj Security Amid Last Year’s Tragedy
Iranian pilgrims did not attend last year's Hajj as the two countries had severed diplomatic ties in early 2016 following Saudi Arabia's execution of the prominent Shiite theologian Nimr al-Nimr alongside dozens of other people. Last year's Hajj was also mired in security concerns after the 2015 event saw a huge stampede in the Mina neighborhood of Mecca that killed at least 769 people, including 464 Iranian pilgrims. Iran puts the total death toll much higher at around 4,700.

The issue of Iran rejoining the Hajj was raised in January by the Saudi side. Benten stated he had sent an invitation to Iran in order to discuss the details of travel and accommodation of Iranian pilgrims during the Hajj in 2017, adding that Saudi Arabia welcomed all pilgrims regardless of their nationality of confession.

The Hajj is the world's largest annual gathering and is held on different dates due to differences between Islamic and Gregorian calendars. Each country is given a quota by the Saudi authorities for the number of pilgrims it can send. Iran's quota was over 60,000.