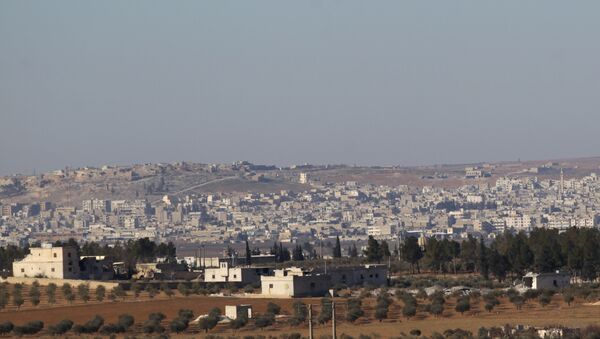 Death Toll From Al-Bab Explosion Climbs to 60
According to Al Jazeera, eight people died as a result of the blast.

Earlier in the day, 60 people died in Daesh's car bomb explosion in al-Bab's suburb. A suicide bomber has detonated his car near a security office, Anadolu reports. Most of the victims were civilians who had gathered at the scene.

Earlier in the day, Anadolu news agency reported that the FSA fighters, backed by the Turkish forces, celebrated the liberation of the Syrian town of al-Bab from Daesh terrorist group that had seized the city in 2013.

Turkish-backed forces made advances into the town earlier this month. The town's remaining jihadist-held areas thus came under siege as the Syrian army had approached al-Bab from the south, cutting off militant retreat routes.