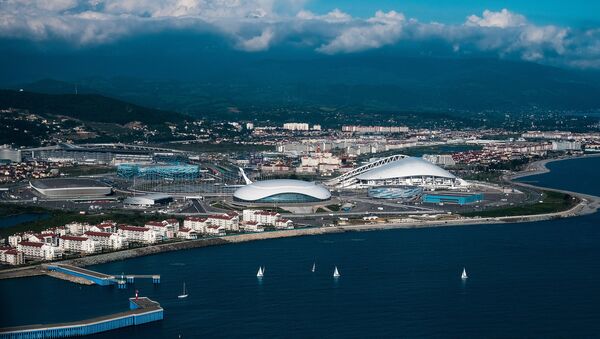 The sanctions against Russia were not taken into account when Russian southern city of Sochi was chosen as a location for the third Winter Military World Games, Col. Abdul Hakeem Shino, the president of the International Military Sports Council said Friday.

Russian Plane Delivers Winter Military World Games Torch Flame to Sochi
SOCHI (Sputnik) — Even though the political landscape during the decision-making process was harsh, the CISM is sticking to the policy of equality, that is why, Russia was chosen in the election without consideration of any political matters, Shino stressed.

Russia is a very important member of the CISM and it is playing a pivotal role in the council’s activities, Shino added.

The decision to choose Sochi as a host of the third CISM Winter Military World Games was made by the council in Kuwait, in 2015.

The games are being held in the Russian Olympic city of Sochi on February 22-28. The sports program includes seven disciplines, including ski mountaineering, sport climbing, cross country skiing, alpine skiing, biathlon, short track speed skating and ski orienteering. Teams from over 40 countries are taking part, while more than 200,000 viewers are expected to attend the event during the duration period.

In 2014, Washington and Brussels imposed a series of sanctions on Russia claiming that Moscow was involved in the internal crisis in Ukraine. Russia has repeatedly refuted the allegations and introduced countermeasures.