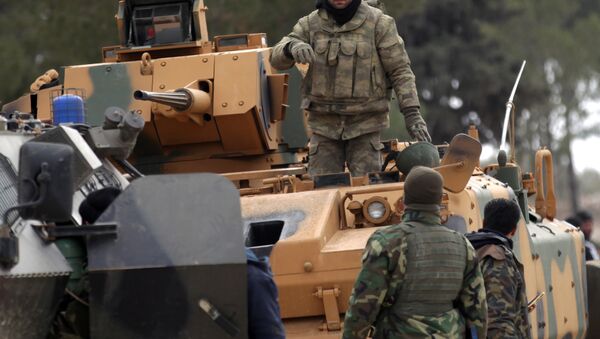 Earlier in the day, Anadolu news agency reported that the FSA fighters, backed by the Turkish forces, celebrated the liberation of the Syrian town of al-Bab from Daesh terrorist group that had seized the city in 2013.

Turkish Defense Minister Fikri Isik said Thursday that most of the city was under Syrian opposition's control after the fighters had entered the city's center.

Turkey at a Crossroads: What's Next for the Euphrates Shield Operation in Syria
On Thursday, Daesh terrorists have started to leave the besieged northern Syrian city of al-Bab.

Turkish-backed forces made advances into the town earlier this month. The town's remaining jihadist-held areas thus came under siege as the Syrian army had approached al-Bab from the south, cutting off militant retreat routes.