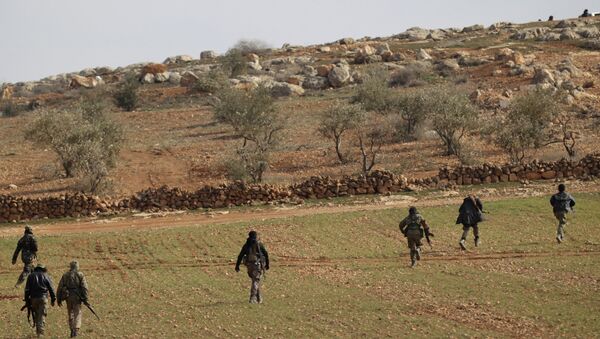 The Free Syrian Army (FSA) fighters, backed by the Turkish forces, celebrated the liberation of the Syrian town of al-Bab from the Daesh terrorist group that seized the city in 2013, media reported.

Turkish Troops to Withdraw From Syria Once Daesh Wiped Put - Erdogan's Aide
ANKARA (Sputnik) — On Thursday, Turkish Defense Minister Fikri Isik stated that most of al-Bab was under Syrian opposition control after the fighters entered the town's center, and the Daesh militants started to leave the settlement.

The FSA fighters celebrated the liberation of al-Bab on the town’s streets on Thursday, saying that the victory was strategic in the fight against terrorism, the Anadolu news agency reported.

The Euphrates Shield operation by Turkey and Syrian opposition started on August 24 after Turkish troops crossed into Syria. The city of Jarabulus in northern Syria was captured before the offensive on Al Bab began. Turkish President Recep Tayyip Erdogan said that the aim of the operation was to clear the region of terrorists and make it a safety zone for refugees.