Noisy Neighbors: Tokyo to Pay $265Mln to Okinawa Residents for US Air Base Buzz 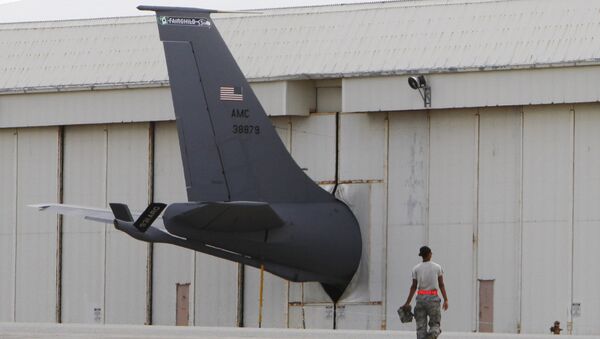 © AP Photo / Greg Baker
Subscribe
International
India
Africa
The Japanese government will pay a compensation of 30.2 billion yen (almost $265 million) to the residents of Okinawa as a result of a lawsuit over excessive noise of airplanes from the US Kadena Air Base located in the prefecture.

TOKYO (Sputnik) — More than 22,000 residents of the Okinawa prefecture, whose homes are situated near the US Air Force base, were collectively awarded compensation by the Okinawa branch of the Naha District Court over heavy noise from the US aircraft that, according to the plaintiffs, interfered with the daily life and caused harm to their mental health, Japan's NHK broadcaster reported on Thursday.

Asia
Japan Court Rejects Lawsuit Demanding Flight Restrictions at US Kadena Airbase
According to the broadcaster, the court at the same time rejected the plaintiffs' demand to ban flights of the US Air Force’s Bell Boeing V-22 Osprey aircraft in the area, which were causing concern of the residents due to their history of crashes and incidents.

US military presence in the Okinawa Prefecture, which is located on a tiny island in the south of the Japanese archipelago and hosts the vast majority of the country's total US military presence, has been a source of repeated controversies in the Asian country.

The Kadena base is causing security concerns, especially after a US jet crashed in the waters east of Okinawa in September, 2016.