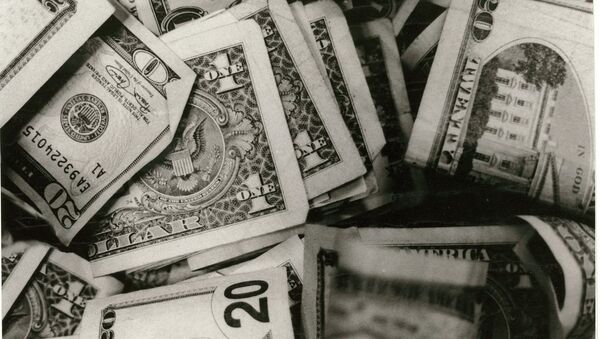 Kristian Rouz – The US Federal Reserve may increase base borrowing costs as early as next month, as US inflation has gained momentum in anticipation of the Trump administration's proposed fiscal stimulus and protectionist trade measures.

US Fed Signals Rate Hikes Will Happen Sooner, in Line With Trump's Agenda
Previously, the Fed announced they would hike rates twice this year, and earlier predictions suggested that the soonest the regulator could lift rates would be in June. However, the recent macroeconomic data support an earlier rate hike happening, in March or May.

While the Donald Trump administration has yet to clarify the nature of its plans for tax cuts and increased infrastructure investment, the recent pickup in US business activity and consumer sentiment suggest that inflation might hit the Fed’s 2-percent target by the end of February. That means the Fed would be more inclined to move rates in March, and allows for a total of three interest rate hikes this year.

A quicker pace of monetary tightening would render dollar-denominated liquidity dearer in international markets, and domestic US credit more expensive as well, potentially helping stave off the alarming trends in mounting US household indebtedness.

"I think we've made very good progress on both [U.S. maximum employment and price stability]: Inflation's not quite back up to 2 percent, but it's moving up and the forecast says that's going to continue. And from my point of view, from what the monetary policy tool can do, we're at full employment," Cleveland Fed President Loretta Mester said on Wednesday.

The Fed Gets It Right: US Inflation Extends Gains as Job Market Tightens
Mester also said, however, that the Fed are awaiting official announcements from the Trump administration regarding their fiscal stimulus program in order to properly assess the potential effects of earlier rate hikes.

Another concern for the Fed is its balance sheet, which has ballooned to roughly $4.5 trnl from just below $1 trln during former President Obama's eight years in office. The regulator is adamant that it will start decreasing its balance sheet in the near-term, meaning a likely slide in the value of the US Treasury bonds and higher natural interest rates.

The most recent Federal Open Market Committee (FOMC) meeting was held on the January 31 –  February 1, and the central bank left the rates unchanged at 0.5-0.75pc due to the uncertainties of both US economic growth and the policies of the new White House administration. At this point, there is much more confidence in Trump in the open market, which makes the case for the Fed fund rate increases more solid.

“The (latest FOMC meeting) statement was un-nourishing, which whets the appetite for more on the Fed’s view of fiscal policy, financial excesses, the timing of balance sheet reduction, and the evolution of inflation,” Carl Tannenbaum of Chicago-based Northern Trust said.

The massive $4.5-trillion Fed balance sheet, accumulated via the bond-buying program, intact in 2009-2014, might become the subject of more Fed policymaker scrutiny. The White House has repeatedly expressed concern regarding the Fed’s excessive asset-ownership, which limits the central bank’s regulatory capabilities.

Yellen Says Trump Should Focus on Long-Term Growth Objectives, Will Help
Previously, Janet Yellen only hinted the Fed might raise borrowing costs in March, depending on the macroeconomic data, and that two more rate hikes would ensue.

However, the markets might not be ready for an earlier rate hike as the so-called ‘excess reserves’, held by market participants in order to mitigate the risks, stemming from the political transition uncertainties, have increased this year. Whereas throughout 2015 and 2016 the Fed had undertaken a substantial effort to lower the volume of ‘excess reserves’ in order to lower collaterals, the open market inevitably suffers when rate hikes occur.

This makes a spring rate hike a riskier endeavor, which, however, perfectly lines up with the Trump administration’s economic policy agenda, aimed at consciously boosting market volatility in order to increase the profitability of open market transactions.

The upcoming FOMC meetings are scheduled for March 14-15, May 2-3, and June 13-14, and the marked-implied odds of a rate hike at each of these meetings are currently 30pc, 50pc, and 70pc, respectively.