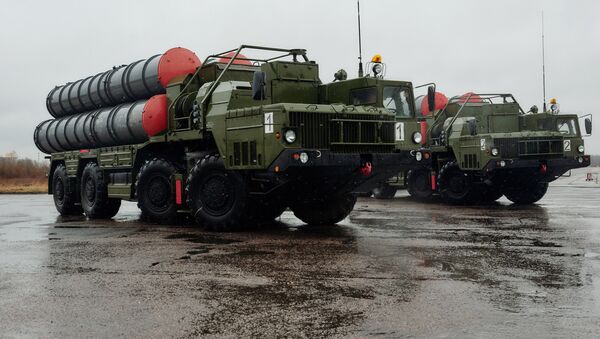 © Sputnik / Alexei Danichev
/
Go to the photo bank
Subscribe
Turkey urgently needs to deploy its own independent air defense system to cope with modern security threats, retired Turkish Brigade General Nejat Eslen told Sputnik, stressing that the Russian-made S-400 Triumf is one of the best anti-aircraft systems in the world.

The Russian-made S-400 Triumf is one of the best air defense missile systems to date, retired Turkish Brigade General Nejat Eslen remarked in his recent interview with Sputnik Turkiye.

"We know that the S-400 missile [system] is right on the cutting edge," Eslen said, "And we know how useless Patriot [surface-to-air missile] systems currently deployed on a temporary basis in Turkey are. We know that the area which they can protect is extremely limited."

Russia, Turkey Negotiating Deal on S-400 Missile Systems Purchase
"We can say that the S-400 air defense system is one of the best in the world," the retired brigade general emphasized.

It was reported Monday that Ankara and Moscow are negotiating the potential purchase of the S-400 Triumf surface-to-air missile system by Turkey.

"The negotiations are underway and the question of financing is being discussed right now," Rostec CEO Sergei Chemezov said.

For its part, the Turkish Foreign Ministry signaled Tuesday that the talks on S-400 deliveries are progressing successfully.

"Turkey doesn't have a missile defense system with the ability to detect  large and medium-altitude targets. It poses a serious challenge to Turkey's security because there are countries in Turkey's in neighborhood which possess ballistic missiles. At the same time, they also have air defense systems. In addition, there is an Israeli air defense system in the region," Eslen pointed out.

Turkey-Russia Talks on S-400 Deliveries 'Positive' - Turkish Foreign Minster
For its part, Turkey hosts an early warning radar system in Kurecik which is part of the US missile defense system.

"All of the above indicates that Turkey is located in a troublesome region and that it urgently needs its own air defenses," the Turkish military expert stressed.

Eslen recalled that previously the US and NATO had forced Ankara to revoke the tender on long-range missile systems on the eve of the G20 meeting. Turkey planned to purchase these systems from China, he said, adding that he doesn't exclude that Washington and NATO may exert pressure on Ankara to abolish the S-400 purchase. 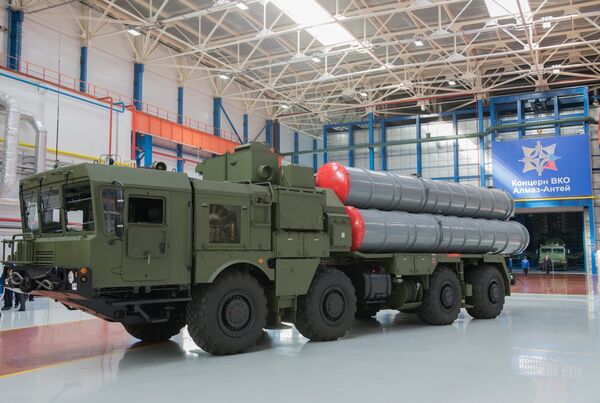 He stressed that the tender had almost been awarded to China but that Ankara had cancelled it.

"In my opinion, that situation led to serious problems [between Turkey] and China. Now we are likely to face pressure from the West again," he said.

"They would tell us: 'You are a member of NATO, your defense system should be integrated into that of the Alliance. Russia's air defense systems [don't meet NATO's requirements] and can't provide such integration.' They can use these arguments as an excuse," Eslen explained suggesting that NATO will do whatever it takes to prevent Ankara from purchasing Russian anti-aircraft weapons.

"We must understand that this pressure is likely to be exerted on Turkey by the US, the West and take proactive measures [to resist it]," he said.

Game Changer: China Will Soon Have S-400 Air Defense Systems Defending Its Skies
The retired brigade general argues that Turkey needs an independent air defense system. He referred to the fact that Greece — a NATO member state — has acquired its missile systems from both NATO and Russia.

Indeed, Greece deployed a Russian S-300 anti-aircraft system, sold to Cyprus about 20 years ago to the Greek island of Crete.

Eslen wonders why NATO has not yet raised the issue of Greece's using a Russian-made air defense system.

The Turkish military expert admitted that no system could provide 100% security; however, it could be deployed in the most critical areas to tackle the security problem.

He drew attention to the fact that currently Russia and Turkey maintain a successful relationship and highlighted the importance of sustaining the balance of power in the Middle East.

According to Eslen, Russo-Turkish, US-Turkish and US-Russian relations have a tremendous impact on each other.

"If the equilibrium is upset, [the players] will have to pay a high price," he warned.

000000
Popular comments
If Turkey shot down a Russian plane recently and the US only trust them with the 3 decade old Patriot missiles. Why would Russia entertain such an idea. Their is too much disloyalty on who's side Turkey is on !!!
Crowbar
23 February 2017, 08:09 GMT3
000000
selling those S-400 to turkey is like selling them to the kiev regime. Only a fool would do this.